I’ve loved Katie McGarry’s writing from the very beginning. After reading an advanced reader’s copy of Pushing the Limits way back in 2012 (You can check out the Bookworms’ review of that first book here.), I was sucked in by Katie’s writing and devoured the book in one day. Her books are so full of emotion, love, and angst while being realistic and hopeful. Since any of her novels are an automatic pre-order for me, I’ve been waiting since last July to get my hands on this book. My hard cover came in the mail this week, and the cover is absolutely gorgeous. Now I have a pristine copy on my bookshelf since I read an e-ARC, and I fell in love with her characters all over again.

Drix is fresh out of a new program put together by the governor to rehabilitate incarcerated teens without years of jail time. After confessing to the armed robbery of a convenience store, he takes a plea deal that places him in this Second Chance Program where he and several other teens live in the woods, camp, and receive therapy for three months before being released back into society with sealed court records. He then finds out that he’s been picked as the poster boy for this treatment plan, and he becomes their shining example of how successful it is. His first public appearance is at the state fair. Little did he know that his world would change playing Whack-A-Mole with a beautiful blonde stranger.

Elle is tired of being in the spotlight as the daughter of the governor. She’s constantly attending events to help her father, especially now that he’s making a bid for a Senate seat. She’s trapped in a cycle of being squeaky clean, made up, and dressed in designer clothing while doing her parents’ bidding, so she slips away from the family friend that’s supposed to accompany her in public. Alone, she feels like she can finally be herself without the pressure to perform, to be someone that is exhausting to play. Then she meets Drix at the fair, and the attraction is mutual. He saves her from a few guys that were hassling her, and they part ways thinking that they will never see each other again. But her knight in shining armor shows up at her father’s speech in the assembly hall, and she realizes that this caring, protective, very attractive guy is her father’s dancing monkey–and a convicted criminal.

Drix is loyal, honest, and driven to make something out of himself now that he’s a free man. But he soon realizes that he’s not free–he’s beholden to a governor that will do anything it takes to prove that his Second Chance Program is a success. Elle has been told to stay away from Drix, but their connection and attraction can’t be denied and they start to date in secret–but for how long? Elle is optimistic and expects the best out of those that she loves. She wants to be free to pursue her loves: animals and helping people, and she doesn’t get the opportunity to put down her guard when surrounded by her father’s staff or even her parents. With Drix, she can put her hair up in a messy bun and wear glasses, but to the outside world and media, she must be the picture of perfection.

While everyone thinks that Elle’s life is easy and perfect, it’s not good to be under the thumbs of your parents. She group up with money and all that came with it, but Drix had a completely different upbringing and has barely scraped by in poverty. Drix lives with his older brother and younger sister, and their house is in a low wealth neighborhood. At first he sees everything the governor asks him to do as a clean slate, to make something of himself by pursuing music at a performing arts high school. The governor’s help might have been promised, but the most support he gets is from Elle, and he’s not willing to let that go easily.

Drix and Elle’s lives look like polar opposites in most aspects, but they both struggle with finding out who they really are. They both know their roles and responsibilities in this world, and together they work towards finding a happy medium that they can live with. But while Drix was willing to go to jail for a crime he didn’t commit to save someone he loves from doing the time, there’s only so much he can take while people don’t see him as anything more than a criminal. Helping them along the way are Drix’s family and friends, and these side characters really shine when they’re on the page.

I give SAY YOU’LL REMEMBER ME a five out of five. Drix and Elle were so great together, and it felt like they were real, fully-formed people that you could meet in reality. I felt suffocated and trapped right along with them both, and their lows hurt my heart while it soared in their times of happiness. That’s why I love Katie McGarry books, and I’ve come to expect such deep emotions from her writing. Say You’ll Remember Me is a great example of how to write young adult fiction and forbidden love, and it has definitely set the bar high for contemporary young adult romance. I can also add this book to the short list of books that have made me cry on the train during my commute. I really did not want Drix and Elle’s story to end, and I hope to someday read more about them in the future. 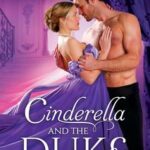 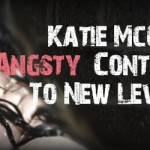 Sunday with the Bookworms {2} with The Midnight Thief, Never Have I Ever, Rot & Ruin and more!
Happy Holidays and Merry Christmas 2014