America’s most famous pop star flees the spotlight to recover from her latest break-up in Maine—only to fall for a local boy and be faced with an impossible choice at the end of the summer: her new guy, or her music.

Multiplatinum pop icon Lily Ross’s biggest hits and biggest heartbreaks (because they are one and the same):

1. AGONY. (That feeling when her ex ripped her heart out of her chest and she never saw it coming.)
2. GHOSTS. (Because even famous people are ghosted by guys sometimes. And it sucks just as much.)
3. ONCE BITTEN. (As in: twice shy. Also, she’s never dating an actor or a musician ever again.)

But this summer’s going to be different. After getting her heart shattered, Lily is taking herself out of the spotlight and heading to a small island in middle-of-nowhere Maine with her closest friends. She has three months until her fall tour starts-three months to focus on herself, her music, her new album. Anything but guys.

That is . . . until Lily meets sweet, down-to-earth local Noel Bradley, who is so different from anyone she’s ever dated. Suddenly, Lily’s “summer of me” takes an unexpected turn, and she finds herself falling deeper and harder than ever before. But Noel isn’t interested in the limelight. She loves Noel-but she loves her fans, too. And come August, she may be forced to choose.

If you’re looking for a fun, cute, on the shorter side, beach read this summer, then Sing by Vivi Greene is for you. Pop star Lily Ross is fresh off a break up and has an album full of love songs about her ex-boyfriend due out soon, with an upcoming tour at the end of the summer where she’ll have to perform those over and over again all over the world. She has three months to retreat to a small island in Maine with her two dear childhood friends, where she can write new songs, work on finding who she is outside of a relationship, and re-center herself. That plan is pushed aside pretty fast when she crashes her friend’s Prius into a local fisherman’s pickup truck, and the gorgeous Noel Bradley enters Lily’s life.

A Pretty, Down To Earth Pop Star…

Lily Ross isn’t a complete diva; she’s down to earth, nice, and pretty wholesome. She appreciates what she has and the fans that have gotten her there, all while keeping a pretty level head about her. Think Taylor Swift with the famous boyfriend revolving door. She always winds up alone, and she’s beginning to think it’s her, not them. Her two best friends, Tess and Sammy, work for her, and they flee to a cottage on an island to recoup for the summer. While Lily should be working on herself and writing new songs, inspiration isn’t coming easy, until she meets Noel and starts seeing him regularly. It’s with him that Lily’s character really starts to shine. Otherwise, she’s a bit flat and non-committal at times.

A Full-Time Fisherman Who’s There To Stay…

Noel Bradley hasn’t had the easiest life, but he doesn’t outwardly show his struggles. He treats Lily as if she’s a normal person, never giving her special treatment. While he left college to help take care of his younger sister and father, he doesn’t complain about his situation—he makes the best of it. And when falling for Lily comes into his life, he hesitantly takes the plunge. Because he knows that she can make him wish for things that he shouldn’t want, or that he isn’t willing to compromise his privacy for.

I give Sing a four out of five. With great, fun scenes between Lily and her friends, along with deeper, more contemplative ones where Lily has to figure out what to do with her life, I enjoyed this clean journey of a pop star finding her way with a normal boy’s help. Whether they ultimately wind up together, I won’t spoil it, but the ending felt true to the book. There’s a bit of an identity crisis with this book, however, and I wasn’t sure that the age of the main character Lily and the tone of the book really fit with the young adult feel. She was on her own, dating an older musician, and she doesn’t live with her parents, so it only seemed like she should be a bit more mature than she was. The main secondary characters had some great growth and depth, and the island setting was fantastic. I really liked this as a quick beach read, and I can’t wait to see what Vivi Greene comes up with next. 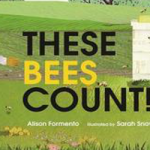 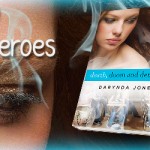 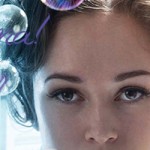 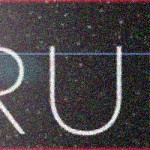 2 Responses to “Sing by Vivi Greene”