When Philadelphia narcotics detective Doyle Carrick loses his mother and step-father within weeks of each other, he gains a twenty-day suspension for unprofessional behavior and instructions to lay low at the unfamiliar house he’s inherited in rural Pennsylvania.

Feeling restless and out of place, Doyle is surprised to find himself falling for his new neighbor, Nola Watkins, who’s under pressure to sell her organic farm to a large and mysterious development company. He’s more surprised to see high-powered drug dealers driving the small-town roads—dealers his bosses don’t want to hear about.

But when the drug bust Doyle’s been pushing for goes bad and the threats against Nola turn violent, Doyle begins to discover that what’s growing in the farmland around Philadelphia is much deadlier than anything he could have imagined . . .

Quick, clever, and terrifying, Jon McGoran’s Drift is a commercial thriller in the tradition of Nelson DeMille’s Plum Island.

At the publisher's request, this title is being sold without Digital Rights Management software (DRM) applied.

Doyle Carrick gets a phone call from his step-father while running surveillance on his partner and a lower level drug dealer. The news isn’t good–his mother has succumbed to her cancer much faster than the doctors thought she would, and he needs to come home. Doyle’s reaction to this bombshell isn’t exactly what his bosses call “healthy” after Doyle punches out his partner and roughs up the dealer, so he’s suspended for 18 days and ordered to get some anger management counselling. But between his mother’s funeral and the final ruling on his job status, Doyle gets more devastating news. His stepfather has died too.

So Doyle goes to the small town where his parents lived, determined to take care of their estate and ride out his weeks of suspension in peace, booze, and boredom. But he isn’t capable of shutting off his cop mind, and shortly after arriving he notices that some of the residents of this small town look familiar and out of place here. It seems the area has a bit of a drug problem–heroin to be exact–and Doyle starts to call in his suspicions to his colleagues back in Philadelphia as well as at DEA and Homeland Security. Any good cop should know that if he’s recognizing the bad guys, then surely the criminals are recognizing him too…

The houses, farms, and land around Doyle’s parents’ house has been bought up by a corporation that quickly sells it off to different housing developers. But the pretty organic farmer across the road, Nola, has refused to sell her farm, and is receiving threats to sell or else. Doyle offers to get to the bottom of these threatening phone calls, all while a tainted blue corn crop of Nola’s leads them to local professors and talks of Genetically Modified Organisms (GMOs) and the consequences of their use.

Drift is a fast paced thriller full of altered crops, drugs, guns, bad guys, danger, and a hero that isn’t afraid to break the law to get to the bottom of things. Doyle is motivated by his need for justice and an even greater need to be in motion, and these things make for a book that runs at break-neck speed until the end. Well written with a great voice in Doyle’s first person, the science behind GMOs and multiple chemical sensitivity (which I suffer from like Nola does) is spot on but not overly technical, so it doesn’t distract from the narrative.

What felt a bit out of place in this book was the burgeoning romance between Doyle and organic farmer neighbor Nola. Their relationship felt forced and developed too quickly, and I think that Doyle is enough of a good guy that he didn’t need any more of a reason to help Nola out than his need to get to the  bottom of the seedy underbelly that’s pervasive in what should be an idyllic small town. Also, while the connections that Doyle had formed as a narcotics officer are entirely realistic, some of the things he does in the book would land him in jail–if the bad guys didn’t get to him first.

Jon McGoran is certainly very knowledgeable about GMOs and the science that backs it up. But this book isn’t very preachy about the subject, and the main character Doyle actually tunes a good chunk of the GMO talk out. There’s a great interview with Jon McGoran over on Chuck Wendig’s blog where he talks more about his food background and Drift. I’m especially excited to see that there will be a sequel to this book. I can’t wait to see what kind of trouble Doyle will find himself in next…

Thanks to TLC Book Tours for asking me to be on this tour. 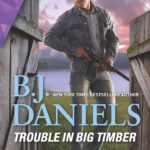 12 Responses to “Drift by Jon McGoran”