Chloe didn't think about it much when she nodded off in study hall on that sleepy summer day. But when she wakes up, snow is on the ground and she can't remember the last six months of her life. Before, she'd been a mediocre student. Now, she's on track for valedictorian and being recruited by Ivy League schools. Before, she never had a chance with super jock Blake. Now he's her boyfriend. Before, she and Maggie were inseparable. Now her best friend won't speak to her.

What happened to her?
And why can't she remember?

What is your Life changes over night and you cannot even recongize yourself?

The whole concept of the story was absolutely great and captivating. Chloe wakes up, lost 6 month of her life and no everything has changed she cannot believe that this is really her life now. Boyfriend of her dreams, best grades and … she doesn’t like Coffee anymore.

Just, it doesn’t feel right. Nothing feels right. Her BF is not talking to her anymore and even though she always wanted to date Blake, she doesn’t really feel it. Even more, she feels very close to a boy who wouldn’t belong into her new world but with him she feels more connected as with Blake.

What the heck is going on?

The mystery was outstanding, compelling and kept me on the edge. We needed to find out what happens and why everything seems to simply brush over these last 6 month and everyone seems to has secrets.

What the heck is going on? I absolutely loved finding out and all these secrets and the mystery was what drove the story and made it so compelling and exciting! Then there was also the romance which was cute and honest and Adam was a truly swoon worthy guy!

The twist that resolve the story was absolutely surprising even though some elements and involving people were clear for some time. The whole concept was new and a great surprise!

The only thing I would have wished for was a tighter ending, meaning there were some things the end just brushed over and didn’t truly resolve.

Six Months Later by Natalie Richards is a refreshing debut that digs deep into our minds. The mystery was compelling and made it a thrilling page turner with lots of surprises! Fans of YA mystery will truly enjoy this book!

And now, please welcome Author Natalie Richards who is going to talk about becoming an Author.

Back to the Beginning.  No, Really. by Natalie D. Richards

I think some part of me started writing before I knew my ABC’s.  My mom used to tell me that I’d often sit on her lap and ask her to be quiet so I could tell a story.  Each of my stories started with “Once Uh-ponce a Time.”  My mother thought that uh-ponce was the funniest thing in the world.  (Note:  As a mother, I too think my children are much funnier than they actually are.  I blame sleep deprivation.)

So, yeah, I was kinda sorta born this way.  You’d think this would mean I wrote my first novel at sixteen and signed my first publishing contract on the eve of my twentieth birthday, but I totally didn’t.  I did spend an unbelievable amount of time in my teens and twenties starting books.  I’m a pro at that!

It took a lot of drafting, editing, and a whole lot of rejection (I could legitimately list my writing career as  “Rejection Recipient Specialist” on a resume) but writing isn’t for the faint of heart.

I firmly believe that sticking with it is the number one ingredient to successful writing.  I’ve always wanted to be a writer–I’m really not sure of what else I could really do with the way my brain is wired!–  but wanting it isn’t enough.  Writing is tough, and writers have to be tougher.  I think that’s just how it is.

Six Months Later was the book that got me the long-hoped-for call.  The first tiny spark for the book was inspired by a brief nightmare, one that left me feeling a bit lost in time.  That started a very eerie line of questioning in my head.  “What if you lost six months of your memory?”  “What if no one else knows you forgot?”  “What if your new future life seems perfect, but feels wrong?”

With modern technology being what it is, our privacy just isn’t what it used to be.  But our minds–that’s the one place that’s still ours.  To me, there aren’t very many things that scare me more than the idea of losing any piece of what’s inside my head and Six Months Later gave me a chance to explore that fear up close through Chloe.  It was amazing story to chase down.  I hope very much you enjoy reading it as much as I enjoyed writing it.

Thank you bunches for having me, Danny!  I’m super excited to be here and really appreciate you hosting me!!

Thank you so much Natalie – the idea behind 6 Month later was absolutely refreshing and unique which is why I absolutely enjoyed your story!! 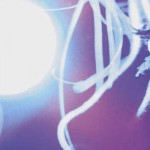 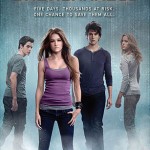 « Waiting on Wednesday – Another Little Piece of My Heart by Tracey Martin
Meet Sabrina Elkins – Author of Stir Me Up and win 5 Copies! »