From the world of Beautiful Creatures--a dangerous new tale of love and magic continues in the sequel to Dangerous Creatures.

Love is ten kinds a crazy, right?
Let me put it to you this way: If you can get away, run. Don't walk.
Because once you're exposed, you'll never get a Siren outta your head.

But now Ridley is missing, and Link was with her-right up until she vanished. Determined to find her, Link reunites with his New York bandmates and the mysterious Lennox Gates, who wants Rid for himself. Together they travel to the deep south, find the crossroads where blues guitarist Robert Johnson made his deal with the devil, discover a menagerie of Casters locked in cages, and uncover an evil in New Orleans that threatens to destroy them all.

I’ve really enjoyed the Caster world that Kami Garcia and Margaret Stohl created first in the Caster Chronicles four book series with Lena and Ethan, but I’m glad that I’ve also enjoyed the torture that Link, Ridley, and Nox have gone through in the spin off series, Dangerous Creatures. After such a major cliffhanger at the end of the first book, it’s now Ridley’s life that hangs in the balance as Link and Nox try desperately to find her.

Link is forced to team up with his old band, as well as his rival for Ridley–Nox. But Nox thinks he can make more headway on what happened to Ridley on his own, so he ditches everyone and we get a lot of his backstory–which is quite interesting and made me have a bit of sympathy for him as well. When Link and the band only gets so far, they call in some old favorites of mine: John Breed and Liv. It was great to see these two characters from the Caster Chronicles make an appearance and have much to do.

Written in alternating points of view between Link, Ridley, and Nox, I really enjoyed getting a close look at what everyone was going through as time ticked down. And that’s essentially what this book was: one big race to save Ridley from a madman who loves to tinker with Dark Casters’ powers, but what happens if the experiments don’t fail and the subjects are willing?

I give Dangerous Deception a 4.5 out of 5. With an overall heavy feeling that makes you feel like Link will never find Ridley, it’s no surprise that things ended the way that they did. This Caster world is so broken and rearranged ever since the new order was formed when Lena claimed herself, that all bets are off now when it comes to experimenting and a brewing evil takeover. The writing was great as usual, but the journey was one of hopelessness that made the book a bit weighed down in the middle. I thoroughly enjoyed this second book, and I really hope that another book is written. 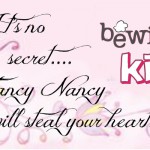 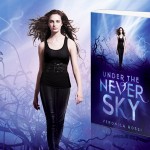 Dangerous Creatures by Kami Garcia & Margaret Stohl
A Curse, A Girl, & A Grave

4 Responses to “Dangerous Deception by Kami Garcia and Margaret Stohl”