hy72ir6n49g5z831meqb Marry Me at Christmas by Susan Mallery • Bewitched Bookworms

To bridal boutique owner Madeline Krug, organizing a Christmas wedding sounds like a joy—until she finds out she'll be working closely with the gorgeous brother of the bride, movie star Jonny Blaze. How will a small-town girl like her keep from falling for the world's sexiest guy? Especially with mistletoe lurking around every corner!

Jonny came to Fool's Gold looking for normal, not for love. Happily-ever-after only happens in the movies. Still, nothing about this quirky town is quite what he expected, and "ordinary" Madeline is the most extraordinary woman he's ever met. Refreshingly honest, disarmingly sweet. Achingly beautiful.

Planning the perfect wedding leads to candlelit dinners and strolls through snow-covered streets. And Madeline finds Jonny in real life even more captivating than her celebrity crush. But will the action star be brave enough to risk his heart and step into the role of a lifetime?

To continue on with my getting into the Christmas spirit, I picked up one of my newer favorite contemporary romance authors’ latest book: Marry Me at Christmas. Susan Mallery does romantic fiction so well and delivers books full of humor, smart women and awesome men, and such great romance. All of this is set against the picturesque mountain backdrop of Fool’s Gold, California, where when the longest serving mayor in the state asks you to help out with something, you definitely pitch in to help. The books can be read as standalones, but they do all connect in some ways that build upon each other.

And this is how Madeline finds herself helping to plan a wedding. She’s never planned a wedding before since she’s usually the one outfitting the brides with the dress of their dreams at her boutique in Fool’s Gold. But when the town’s wedding planner is overbooked and can’t organize a last minute close-to-Christmas wedding, Mayor Marsha asks Madeline to step in and help the bride’s brother plan the wedding. You don’t say no to the mayor, so Madeline figures that she can get some new experiences under her belt.

But what she doesn’t expect is that the brother is none other than action movie star Jonny Blaze. Madeline’s had a crush on him since he’s moved to a ranch just outside of Fool’s Gold in an attempt to escape the hustle and bustle of Hollywood. As she moves past her initial star struck impression and gets to know the real Jonny, she’s amazed by how nice, normal, and great he is. He’s fallen for the simple, quirky town of Fool’s Gold–and he’s starting to fall for Madeline too.

Madeline is sweet, loyal, and supportive, and more importantly, she doesn’t let Jonny go over the top with the wedding details. She’s a bit lonely, especially since all of her friends are in relationships and a few are pregnant now, but she’s still optimistic that one day she’ll meet that special person that makes her feel the lightning bolts that her mother tells her about.

Jonny fits right into Fool’s Gold. He wants to be treated just like any other guy and that’s how he gets it, and it’s quite comical at times to see him expect to be treated like an actor only for something else entirely different to happen. He has quite a large fear of commitment due to big losses in his life, but even then he can’t help how he’s feeling about Madeline over time. He’s devoted to his sister and takes care of her since their parents are deceased.

I give Marry Me at Christmas a 4.5 out of 5. This was such a fun and emotional book where Madeline and Jonny’s relationship built slowly and organically, with both of them taking steps back at times. Some of my favorite characters from the Fool’s Gold series made appearances, such as Eddie and Gladys, made a few appearances. There were romantic and poignant holiday moments, as well as great weather related ones that made me feel right in the Christmas spirit. I really feel like I know these characters, and I highly recommend this series to romance lovers! 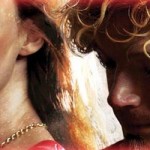 Trapped – The Iron Druid Chronicles #5 – by Kevin Hearne
"Waiting On" Wednesday – Heather’s Look At March
Winner of Warm Bodies by Isaac Marion
Review: Dead in the Family by Charlaine Harris 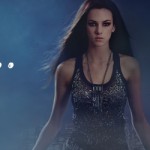