Veronica is eternally fifty-one years old with a proclivity for problematic drinking. Like most hormonally challenged women negotiating the change of life, she is a hot mess. To retain her sanity, she attends weekly AA meetings and adheres to a strict diet of organic, locally-sourced, (mostly) cruelty-free human blood from the hospice facility where she works. Her life stopped being fun about a hundred years ago, right about the time her teenage daughter stole her soul and took off for California with a hot, older guy. These days, Veronica’s existence is just that – an existence, as flat and empty as her own non-reflection in the bathroom mirror.

When her estranged daughter contacts her via Facebook, Veronica learns that she has one chance to escape her eternal personal summer: she must find and apologize to every one of the people she’s turned into vampires in the last century. That is, if they’re still out there. With raging hormones and a ticking clock, Veronica embarks on a last-ditch road trip to regain her mortality, reclaim her humanity, and ultimately, die on her own terms.

It’s been ages since I’ve read anything paranormal, especially vampire related, and Forever 51 was such a refreshing take on this genre. Fifty-one-year-old Veronica has been a vampire since the late 1800s when her daughter made her into one of the eternally undead. She’s gotten being a vampire down to a science: don’t go out in the sunlight, stay away from mirrors and don’t get caught on video since you have no reflection, only feed off the dying humans from her job as a nurse in hospices or hospitals over the years, and try to not change other people into vampires recklessly. But when her estranged and forever-teenaged daughter contacts her on Facebook with a story about a chance of being mortal again, Veronica gets out of Texas when the getting is good to find out what Ingrid is talking about.

As soon as Ingrid apologizes for making Veronica a vampire all those years ago, Ingrid is mortal again. Funny how something so simple can have such big consequences. Now Veronica, along with a teenaged meth addicted girl named Jenny that she met on the plane ride to California, set out to find every person that she’s changed into a vampire and to somehow sincerely apologize to them–even when they don’t deserve the sincere part of the apology.

Veronica is such a fantastically snarky, speak her mind, had-it-up-to-here woman, plagued to live with menopause symptoms and an undying thirst for blood. She’s realistic, flawed, and complex, and she just happens to be a vampire. She had so many funny interactions with everyone that I laughed out loud several times.  The cast of characters that come into play are so unique and hilarious in their own ways that I couldn’t help but root for them all, and I enjoyed their quirks.

I give Forever 51 a 4.5 out of 5. This was the paranormal road trip book that I didn’t know I needed to read, and it was so much fun following Veronica on her cross country trip to make amends and regain her humanity. The pacing was a bit slow for the first few chapters, but it picked up quickly and was full steam ahead. The humor, realistic look at getting older and how other’s see aging, and the not so nice aspects of the sleazier parts of America are all covered in Forever 51.  I would have liked to see more interactions between Veronica and her daughter Ingrid, but Jenny filled in quite nicely. I’d love to read another book with these characters. There’s plenty to more explore in this universe. Ultimately, this story of redemption, forgiveness, and learning to love yourself was a fun ride that I devoured in nearly one sitting. I highly recommend it! A curious thing happens when you have the audacity to call yourself the death writer; people want to talk to you about death. A lot. This is all well and good for those daring types of writers like Mary Roach or Jessica Mitford, but for me it was initially problematic. Prior to declaring my morbid writing intention of exploring death professions during my first semester of Goucher College’s MFA program in 2008, I had little experience with death or grief, not to mention very little social engagement with the living. It wasn’t until after I finished the two years of research for this book that I was officially diagnosed with Social Anxiety Disorder and went through four months of Cognitive Behavioral Therapy through a research study at Southern Methodist University.

My writing life began in 2005 when I received a fellowship to the San Juan Writers’ Workshop. The instructor, Lee Gutkind, told me not to publish for the sake of publishing, but to publish well. He also informed me that I was a horrible public speaker. Admittedly that stung, but he did like an essay I’d written. It was published in Creative Nonfiction Issue 33 and in Silence Kills: Speaking Out and Saving Lives. In August 2010, I received my MFA in Creative Nonfiction from Goucher College and read five pages from my manuscript in front of a packed room without passing out.

As part of my therapy, I was encouraged to join a writer’s group where I would have to read regularly in front of a group, as this was one of my main fears. I am happy to say that I am now an active member of the DFW Writers Workshop in Euless, TX. We meet every Wednesday and I make it a point to read out loud every week. 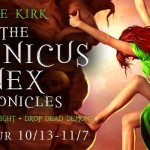