Abram and Juliette know each other. They’ve lived down the street from each other their whole lives. But they don’t really know each other—at least, not until Juliette’s mom and Abram’s dad have a torrid affair that culminates in a deadly car crash. Sharing the same subdivision is uncomfortable, to say the least. They don’t speak.
Fast-forward to the neighborhood pharmacy, a year later. Abram decides to say hello. Then he decides to invite Juliette to Taco Bell.
To her surprise as well as his, she agrees. And the real love story begins.

Two teens struggling after they both unexpectedly lost a parent…

Abram and Juliette live on the same street, dealing with some hard issues after they both lost one of their parents in the same car accident–and it comes out that their parents had been having an affair for quite a while. Now they are each on prescription medication to get through the day, trying to deal with their loss while taking care of their remaining parent. After a chance meeting in the middle of the night at CVS when they’re both picking up refills on their medicine, Juliette finally gets up the nerve to talk to the son of the man who had an affair with her mother, and their strange relationship begins.

Abram is pretty listless and go-with-the-flow after his father’s death. Before, he was a star tennis player and in-demand socially, but now he’s content to stay at home in his room, watching television and keeping an eye on his mother when she isn’t out at the casino with his aunt. Paxil may be to blame for some of his motivational problems, but his father’s absence is the real issue. He’s still funny, sweet, and a bit too concerned for the too skinny, pushy girl down the street. Abram was a guy who was easy to be liked and it was hard to see this adorable boy struggle so much, trying to handle his problems with prescriptions that are obviously just an escape and do not help him really deal with his issues! It was great to see how his perspective of life and his problems changed once he met up with Juliette, who also made him face his problems head on while he helped her with her own demons.

Juliette’s grasping for control over everything…

Juliette can’t get her writer father to leave his home office…or write more than a paragraph a day…or seem to get her Adderall clouded mind and body to quiet long enough to eat or focus on anything for long. Her best friend wonders where she’s disappeared to, and most people wince after hearing her blunt, honest opinions. She’s a bit of a bitch, and unapologetic about it too. She’s hyper aware that her father’s still floundering after his wife’s death and infidelity, and when she sees that Abram’s mom is holding on to his father too after nearly a year–she takes matters into her own hands to fix everyone once and for all. She’s in some ways the opposite of Abram, where Abram retracts into himself Juliette is hyper active and tries to escape her problems by solving others. It’s been a wonderful journey seeing her together with Abram who really made her think and just like Abram, she is also finally ready to face her own issues.

How opposites attract–and can slowly heal each other…

Abram and Juliette clicked pretty fast. While his lack of ambition and her forceful go-getter-ness would seem like they’d clash constantly, Abram sees through Juliette’s negativity and self-image issues, and he’s always there to raise her up. Juliette sees that Abram’s lack of motivation might be because no one is giving him that little push anymore, and maybe he needs someone to enjoy things with again. When they’re together, they have a great back and forth, slowly delving deeper into the uncomfortable parts of the past while they are starting to look toward the future. To be quite honest, it was a great set-up having these two teens with seemingly the same problems, yet both react in a totally different way. But that is grief, it manifests completely different for each person and it was brutally honest displayed in her.

Jay Clark has written Finding Mr. Brightside in the alternating view points of Juliette and Abram, and with a stylistic choice of a more conversational tone and flow, you really feel like you’re getting the whole story right from the character themselves without a filter. This made the book more enjoyable, and combined with the quirky sense of humor and interesting side characters like Aunt Jane, the beach house neighbors, and Juliette’s best friend, the book was different from most contemporary young adult books. It was amazing to have the bright humorous parts in this otherwise grief filled story, and it added a level of lightness that made this book so wonderful in the end.

Bottom Line: Finding Mr. Brightside is a fun book about two teens first bound together by their parents’ unfaithfulness and unexpected deaths, and then they develop a friendship that turns into a romantic relationship, bringing out the best in each other. Full of off-beat humor and virtually angst free, this book tackles issues like prescription drug addiction, infidelity, and death in a surprisingly upbeat and positive way throughout.

Jay Clark is the author of The Edumacation of Jay Baker, which was named a Bank Street College Best Book. He’s also a random blogger. Surprisingly popular entries like “How to stop hating people in 21 minutes” and “8 tips for posting your best selfie yet!” can be found on his website: jayclarkbooks.com. He lives in Columbus, Ohio.

Enter the rafflecopter below for your chance to win a copy of Finding Mr. Brightside. Open to US residents only.

Check out all of the tour dates for Guest Posts by the always entertaining Jay Clark and chances to win a copy of Finding Mr. Brightside. 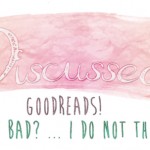 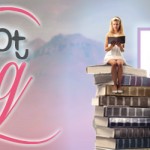 « The Big Love Letter Event – Dear Carly, Yours Arden – Joyride by Anna Banks
TV Tuesday – I Dare You To Watch : The Flash »