My Thoughts:
Continuing with my non-vampire/werewolf YA book binge, Claudia Lafeve’s Parallel is an alternate/parallel universe novel featuring Etta, an oprhan who has been moved from foster home to foster home after being labeled as a troubled kid. When she feels threatened, her wishes sometimes physically manifest themselves in the people trying to do her harm, and the final instance of this has landed her in Dominion House for Girls.

When she’s almost eighteen, a mysterious man a few years older than her named Cooper suddenly appears, and the story he has to tell is truly unbelievable. But to someone who is an orphan with an uncertain future looming ahead of her, the possibilities in his tale are irresistable: another reality where you have a family waiting for you, who loves you and needs you? Etta decides to jump all in and accompany Cooper to this other reality.

Soon Etta finds herself in a world very different from the one she’s known most of her life. She now has a father who is alive and well, but is away on business. An aunt lives with them in a large home and is the loving caretaker that she’s never had. Her best friend Jaime remains relatively unchanged between realities, and is the supportive, crazy girl that she always has been.

Dominion  School for Girls is now the prestigious private Dominion Hall School. Much of the same elite classmates attend here that Etta went to school with at Alexandria High in her old reality, including the popular and hostile Jenny. The captain of the male sports team goes from being Jenny’s boyfriend in the original reality to being Etta’s boyfriend in the new reality. While Etta can’t believe her luck, it just fuels the fire for more animosity from Jenny.

While Etta must navigate a life that she’s never lived, and do it as flawlessly as possible so she doesn’t raise the suspicions of anyone, she finds that her powers are much stronger in this reality. And Cooper continues to jump in and out of her reality, only giving Etta bits and pieces of why she was brought to this world.

Parallel is a fast paced sci-fi alternate universe novel that is presented in a very believable way. There are elements of the science behind the theory of alternate universes, but they are presented in a simplified way that anyone an understand (and this is coming from a person with a PhD in Analytical Chemistry). Hints of government corruption and power plays add to the real feeling of the Virginia setting. Etta’s voice is very believable as a teenager, sometimes snarky but not overly so, with just the right amount of angst and vulnerability. The secondary characters added the right touches of flavor while not completely stealing the scenes away from the main characters.

The story itself had several twists that I didn’t see coming, and the big reveal with Cooper on the last page had me screaming for the next book. Enough things were wrapped up in this book for the ending to be satisfying, but there were several questions that arose  throughout the course of the book that lead nicely into the second book of the series. I give this one a five out of five – an entertaining, fast paced, page turner. 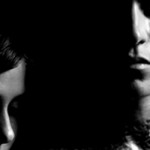 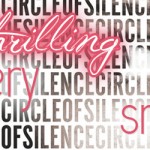 9 Responses to “Parallel by Claudia Lafeve”