Welcome to Mercy House, a state-of-the-art retirement home that appears perfectly crisp, clean, and orderly . . . but nothing could be farther from the truth. In Adam Cesare’s thrilling novel, the residents will find little mercy—only a shocking eruption of unfathomable horror.

Harriet Laurel notices the odor at Mercy House as soon as she sets foot inside, brought there against her will by her son, Don, and his wife, Nikki. In the early stages of dementia, Harriet has grown resentful of Nikki, blaming her daughter-in-law for failing to supply grandchildren. Yet even Harriet must admit that her mind becomes clearer as soon as she crosses the threshold. If it wasn’t for that annoying smell.

Arnold Piper is an eighty-five-year-old ex-Marine, a proud man who has cared for himself his whole life. But no longer. Betrayed by his aging body, Arnold is learning that the trials he survived long ago in war-torn Korea pale beside the daily indignities of growing old. Little does he know that his greatest nightmares are still ahead of him.

Sarah Campbell is an idealistic nurse whose compassion has been stretched to the breaking point at the chronically understaffed facility that is Mercy House. But now Sarah’s list of unpleasant duties is about to take a terrifying turn. For something wicked is brewing in Mercy House. Something dark and rotten . . . and deadly.

Don and his wife Nikki take his mother Harriett to Mercy House, where she’ll live out her final days in this retirement home being cared for due to her Pick’s Disease (similar to Alzheimer’s Disease). Over the last year, Harriett has grown angrier and more resentful–especially towards Nikki–and she’s not happy to be pawned off into the care of strangers, no matter how nice the place is supposed to be. But within a few hours of their arrival at the picturesque Mercy House, perched and isolated in the mountains, all hell starts to break loose as the elderly residents start go on murderous, cannibalistic rampages against the younger employees of the facility.

I give Mercy House a 3.5 out of 5. I really liked the tight time line, with the novel taking place over the course of one day. But the lack of any real answers was very frustrating. What was the disgusting smell that seemed to invade only the elderly, healing them and changing them, making them strong and turning them into blood thirsty monsters? Never really addressed or answered.  There’s also a lot of point of view switches, but each chapter sticks with one point of view. It took a little while to keep all of the characters straight, but even the crazed elderly people’s points of view were well-written and easily understandable. You could sympathize why they were mad and rampaging. 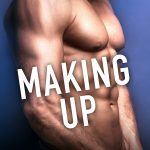 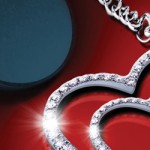