Katie McGarry is one of my favorite authors, and I’m so happy to bring you an excerpt from her new book, Say You’ll Remember Me.

Follow the excerpt tour beginning in early January, with long excerpts in consecutive order at each tour stop, followed by a review tour beginning on 01/29, release week!

Now on to the excerpt from Say You’ll Remember Me:

Idiot One and Idiot Two have made a reemergence, and like all things that have died and have been brought back like a zombie, they return more grotesque than before. The dumb duo call out taunts as they follow. Each shout more degrad­ing than the next, each shout causing my blood to heat to the point of melting steel.

“Are you one of those girls?” one calls out. “The type who needs to be shown what to do? Come here, and I’ll show you exactly how it’s done.”

They both laugh, congratulating the other for their witti­ness. My fists clench, and I glance over my shoulder. Idiot One slides his hand down to his crotch and says, “Don’t you know a guy’s—” ringing of a game next to me “—goes into…”

His comment is muffled by the screams of people on the Tilt-A-Whirl, but I can read his lips, spot what he’s grab­bing at, and tears burn my eyes. I could smack myself. Tears. I’m so incredibly mad my eyes are filling with tears because that’s what happens when I get furious, and that only causes me to get angrier.

I swipe at my cell and text Andrew. Where are you?

Andrew: Midway crowded. Still on my way to you.

More frustrated tears that I lowered myself to asking An­drew for help, but it’s either that or tell the college boys off in a very public way. My instincts are informing me another Pepsi bath will cause them to morph into Satan’s grandchildren.

I scan the area, hoping for an ally, but there’s no one who seems interested in the position beyond a few moms whose hot expressions suggest they’d shoot the guys behind me if they had a carry-and-conceal license.

But those moms have children, and their job is to protect them. The rest of the crowd fleetingly glimpse at me then at the jerks, but choose to remain silent. There’s this unwritten code in society that tells us not to get involved.

Stay the course, continue to listen to their taunts and even­tually reach Andrew, so I can keep up the appearance of being a sane person.

Destroy my pride and run while people stare.

Grab that baseball on the game ledge, throw the ball straight and hard like Henry taught me, hope it knocks one of them out and then inform the other one in really big words I not only know, but can spell, the exact route he can take to hell.

The third option is my favorite, it’s the one that is my most honest reaction down to the core of my being, but doing that will disappoint everyone but Henry. I promised Mom and Dad I would never lose my temper in public, that I would never let my emotions crack beyond the surface.

Another round of happy screams from a ride, yet I catch the tail end of his statement. My body whiplashes forward as my feet abruptly become concreted to the ground. The sights and sounds of the midway fade, and all I hear is buzz­ing. I close my eyes as more pissed-off tears fill my eyes. Why won’t they go away?

I open my eyes and focus on the ground. My eyes are red, I know they are. I can feel the puffiness of my skin. I take a deep breath, look up to explain I’m okay, and freeze.

Holy hell. It’s the boy from Whack-A-Mole. He’s so much more breathtaking this close, and I have no idea how that’s possible.

“Are those guys bothering you?” he asks.

My forehead furrows. Yes, they are, but telling him the truth and inviting him into my problems seems wrong.

About SAY YOU’LL REMEMBER ME 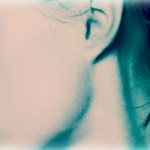 Before She Knew Him by Peter Swanson – #TLCBookTours Review
Review: Twice Bitten 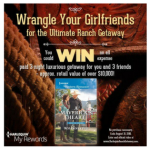