Oh you guys – I am so happy that finally tomorrow it’s time for OF NEPTUNE  – the final book in one of my favorite series from one of my favorite authors ever! Finally Emma and Galen will get their happily ever after – at least I hope that there will be a happy ending.

But .. it sounds like there is another boy who also likes our Emma a little bit and.. I have him here on the Blog today!  I must say that I’m falling a little bit for Reed now… Maybe maybe,. we do get a Spin off with  Reed??? !?! Anna you hear?

Interview with Reed from Anna Banks

Reed, what’s so special about Emma? Why all the fuss over her?

Uh, have you seen Emma? She’s gorgeous. And she’s a smart ass, which happens to be my type exactly. Plus, I can tell she’s not happy. Not completely. And I think I have what it takes to fix that. Plus, I can show her so much more about herself that she doesn’t know. Neptune has perfected the art of being Half Breeds. She doesn’t have to be alone anymore. What do you think about the fact that she and Galen planned to be mated?

Honestly, I think she limited her options. I think she made a hasty decision, and I intend to show her why. Galen is a nice guy—when he’s not giving me the death glare, or whatever. But he’s the only guy she’s allowed herself to be with. He’s not the only guy who can understand her. I don’t think anyone can understand her better than me. We just have so much in common.

You seem to have a fascination with the ocean dwellers. Why is that?

Everyone wants what they can’t have, right? Besides the ocean dwellers take their circumstances for granted. I’m going to change that very soon. I’m sick of living in secret.

Living in secret? From whom?

We still have to hide what we are from the humans, even though we do it right under their noses. They’re a freaking mess. But we also have to hide ourselves from the ocean dwellers. And we’ve been doing it for centuries. It’s time we all had a chat, I think. And I’m going to make sure that happens.

Were you surprised that Antonis sent Emma and Galen to Neptune?

Emma, no. But to send Galen? What was Antonis thinking, sending a Triton Royal? What did he think was going to happen? To me, he was just asking for trouble. And trouble is what he got.

Emma, who is half human and half Syrena, and her Syrena love Galen, need time together. Alone.

Away from the kingdoms of Poseidon and Triton. Emma’s grandfather, the Poseidon king, suggests the two visit a small town called Neptune.

Neptune is home to both Syrena and Half Breeds alike. But Emma and Galen didn’t sign up to be peacemakers between the ocean and land-dwelling, freshwater Syrena. They didn’t bargain for meeting a charming Half Breed named Reed, who can barely disguise his feelings for Emma.And they especially didn’t expect to find themselves in the middle of a power struggle that threatens not only their love, but their ocean kingdoms.

In this stunning conclusion to her bestselling Syrena Legacy, Anna Banks thrills fans with more action and romance than ever. Thanks to Macmillan – I have a set of all three books for you to win! Just enter via the Rafflecopter below! 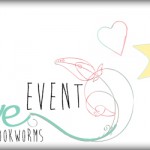 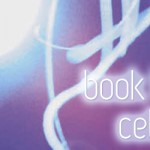 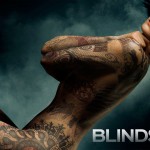 19 Responses to “Of Neptune by Anna Banks Blog Tour – Interview with Reed!”