These are the words written on Tessa Waye’s diary. The diary that ends up with Wick Tate. But Tessa’s just been found . . . dead.

Wick has the right computer-hacking skills for the job, but little interest in this perverse game of hide-and-seek. Until her sister Lily is the next target.

Then Griff, trailer-park boy next door and fellow hacker, shows up, intent on helping Wick. Is a happy ending possible with the threat of Wick’s deadbeat dad returning, the detective hunting him sniffing around Wick instead, and a killer taunting her at every step?

Foster child. Daughter of a felon. Loner hacker girl. Wick has a bad attitude and sarcasm to spare.

But she’s going to find this killer no matter what.

Because it just got personal.

A Nerdy Girl who loves to hack? Count me in,  I love nerdy and a little geeky heroines!

Wicket is not having an easy life with a mother who committed suicide  and her drug dealing father who forces her to help him with hacking crimes. Even though Wicket and her little Sis Lily are with foster parents who would give them anything, Wicket can’t seem to get away and start a new life without crimes. When her former best friend dies, Wicket is forced to use her mad hacking skills to find out who killed her.

While the beginning was rather slow, once the story picked up pace I was instantly hooked and wasn’t able to put the book down until I figured everything out! The plot was rather sad with Tessa committing suicide in order to escape someone who has been raping and abusing her.  There were some chilly moments that made me shiver…

Wicket was awesome and I loved her even though she sometimes wasn’t easy to love. She was closed off and it was hard to get behind the wall of fierceness she wore as a protective wall around herself. But… she didn’t had an easy life and weaker characters would have crumpled down. Not so Wicket! She stayed strong and determined and she would do anything to keep her little sister save. It’s always such loyalty and such beautiful family bonds that bring tears into my eyes and make my heart swell.

I think part of what made this story even more exciting for me was Griff! He’s an artsy boy who loved to hack like Wicket and comes from the trailer back, yet he never let his upbringing define him. I loved this boy as he was both a soft artist but determined and super sexy when dealing with Wicket.  And holy Cow there were some scenes that were incredible sexy.. Wooho!

My main complain though was that he came rather late into the story as a full character. He appeared early one but didn’t play a bigger role until halfway through the book. I would have wished them to grow their relationship and their friendship a little deeper.

Find Me by Romily Bernard was an thrilling plot with an nerdy heroine made of awesome! The combination of thriller, social issues and the soft but sexy romance made Find Me an compelling debut! 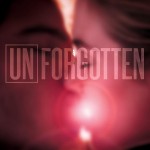 4 Responses to “Nerdy and Fierce – Find Me by Romily Bernard”