by Aimee Carter
Book II in the Goddess Test series.
Genre: YA paranormal, Greek mythology
Publication: March 27th 2012 by HarlequinTeen
copy received from publisher via NetGalley
Get your own: amazon (Kindle, Paperback)

But if she wants a life in the Underworld with Henry, she’ll have to fight for it.

Becoming immortal wasn’t supposed to be the easy part. Though Kate is about to be crowned Queen of the Underworld, she’s as isolated as ever. And despite her growing love for Henry, ruler of the Underworld, he’s becoming ever more distant and secretive. Then, in the midst of Kate’s coronation, Henry is abducted by the only being powerful enough to kill him: the King of the Titans.

Well, this was a very pleasant and awesome surprise! While I liked the first one, I had some slight issues with it which you can read in my review I posted together with cutie. However, I was intrigued and enthralled enough that I wanted to read the next one too!

Everything is not… so … peachy!

Kate comes back after spending her 6 month upstairs. But if she expected to be welcomed with open arms by her soon-to-be husband Henry – she’s mistaken…  Not only has he had to deal with something enormous and threatening but he also grew more distant. But Kate wouldn’t be Kate if she would let go without a fight or without trying to help!

I loved Kate! Kate is still the brave and selfless heroine I got to meet in the first book. I admire her for never giving up hope, even when it seems there is no hope at all. No matter what Kate stays strong! Really, she the perfect heroine who fights for what she loves but would be ready to let go if she feels it is the right thing to do. Underneath, though, there is still the little girl who wants to be loved and this is sometimes so heartrendingly sweet and innocent . She’s a strong fighter, but when it comes to love, very vulnerable! Loved the combination!

Henry – ruler of the Death and … a complicated man!

I was not very fond of him in the first book, I felt he was too soft and I didn’t feel the spark between Kate and Henry at all. He was too nice for the Ruler of the Underworld and I wanted him to be more edgy. In Goddess Interrupted, he grew on me! He showed some strength I always hoped was there but never saw. I guess I understand him and his character now better. The way he treated Kate was seriously heartbreaking and I admit having water in my eyes so many times. And although it was torture for Kate, I felt this part of their relation was important and needed for the story and their relationship, as torturous as it was!

Round plot with war, love, romance, tears and wonderful characters!

Don’t get me wrong, the romance and the love was not the main and only storyline in the book! So much more is happening right along with it. Remember I mentioned the life threatening situation? Yep, there is a lot going on with Kate having to be super brave. For me a very strong aspect however was the growing relationship between Henry and Kate. And be aware it was heartbreaking!!! It seriously broke my heart so many times and I had tears in my eyes so much… But, we also get to meet another very important character and she was a very interesting person so say at least..
Bewitched Rating:

This was such an emotional ride!!! I had water in my eyes so many times! Goddess Interrupted was a phenomenal sequel, way better than the first. As I hoped, this is a series that will get better and better. I loved this book and I’m ready for the next one!

Additional Notes:
There is a short story The Goddess Hunt out now which is set in between Book I: The Goddess Test and Book II: Goddess Interrupted. I love novellas like this, especially because I think they make it easier to get back into a story after a year of waiting and being a sweet bridge between the books! 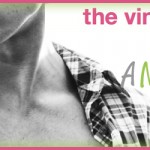