When a baby goes missing, a Texas marshal and a woman from his past discover there’s a whole lot more behind this kidnapping…

Holden Ryland certainly didn’t become a marshal just to end up busting his ex, Nicky Hart, for taking files from Conceptions Fertility Clinic. But only Nicky knows just what was really stolen: a newborn being held for ransom. A newborn who is kin to both her and Holden. The missing boy is only the start of a mystery that snakes through Texas, winding its way through their families. Bad blood may linger between them, but Holden can protect his nephew back at the Silver Creek Ranch. If they can lay their past to rest to rescue this child, is it possible for them to have a future together?

I’m excited to bring you guys an excerpt from the wonderful Delores Fossen’s newest release in the Lawmen of Silver Creek Ranch series, Holden. From the looks of that cover–a cowboy and not one, but two babies–we’re in for quite the treat. And here’s the excerpt from Holden. The nurse glanced between Holden and her as if waiting for Nicky to change her mind about those meds. “Okay, then I’ll get your paperwork so you can leave.”
“Could you make it fast?” Nicky asked. “I have some things I want to check on.”
The nurse shrugged, mumbled that she would see what she could do and walked out, leaving Holden and her alone in the treatment room. Nicky imme­diately got up and would have started out, too, but Holden stepped in front of her.
“You were just shot,” he snarled.
“No, I was just grazed. I’m fine, and I want to talk to Amanda before she leaves.”
Holden didn’t budge. He just stared at her. Then, he reached out, put his fingertips on the bandage and used his thumb to measure the distance between the graze and her heart.
“Three inches,” he said, “and that bullet could have killed you.”
“Yes, but it didn’t.”
He looked down at the space and must have re­alized that his thumb was not only over her heart, but was also on her breast. She expected him to jerk back his hand, and he did move it, but Holden did it slowly. In the same motion, he lowered his head.
And he kissed her.
Nicky wasn’t sure who was more surprised by the kiss, but the sound she made got trapped between their mouths. This wasn’t some little peck of comfort, either. Holden kissed the right way, and he eased his arm around her, inching her closer to him.
He was careful with her arm. Careful with her. Treating her as if she was fragile glass that might shatter in his hands. She wasn’t sure how he could manage to deepen the kiss with such a soft touch, but he did it. When he finally pulled away from her, Nicky wasn’t just breathless. She was plenty aroused.
Hardly the right time for it since they were in the ER.
“I’m sorry about you getting shot,” Holden said. “I’m not sorry about the kiss, though.”
Yes, he was, because he groaned right after the words had left his mouth.
“It’s okay,” Nicky assured him. “It doesn’t have to mean anything.”
That was a lie. It did mean something, and it broke down barriers that she needed in place to protect her heart. Obviously, all the danger had made her a little crazy because she was already thinking about what it would be like to land in bed with Holden again.
Oh, yes, she was definitely a little crazy.
And maybe it’d done the same thing to Holden.
As if to prove that it didn’t have to mean anything—or to disprove it—he pulled her back to him. In the same motion, his mouth came to hers for another kiss. This meant something all right. It was deeper than the other one, and there wasn’t a hint of sym­pathy in it.
It was pure heat. USA Today bestselling author, Delores Fossen, has sold over 70 novels with millions of copies of her books in print worldwide. She’s received the Booksellers’ Best Award, the Romantic Times Reviewers’ Choice Award and was a finalist for the prestigious Rita ®. In addition, she’s had nearly a hundred short stories and articles published in national magazines.

Enter the Rafflecopter widget for your chance to win a copy of Holden. Open to US/Canada mailing addresses only.
a Rafflecopter giveaway

TBD: A Chick Who Reads 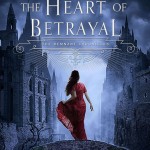 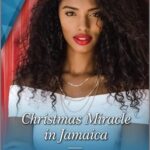 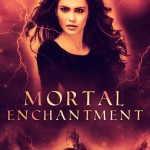 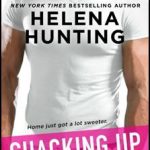 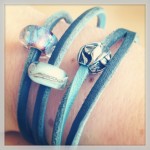 One Response to “Holden by Delores Fossen – Excerpt and Giveaway”