Hey Guys!!! I am so super excited to host one of my favorite Young Adult authors here today with a super special post and project! Heather Demetrios is one of the rising and shining stars in the YA sky from last year and her Debut Something Real completely blew me away last year! And the wonderful creative brain of hers came up with an exciting special for the sequel called The Lexie Project! And today, I have Lexie herself on the Blog who will tell us a little about herself and what we can expect from her in the following weeks and months!

Also, this project offers an incredibly opportunity for us international readers – for once, we are not left out of all the fun:) An American Crossover YA –

Sometimes it’s a real drag being a reader that doesn’t live in America, right? A book you’re really excited about comes out, but it won’t be in your country for a long time. Or ever. It’s usually waaaaaaay too expensive to have a book shipped from the U.S. (I once sent a friend of mine a copy of Something Real when she was living in Romania and it cost, like, more than the book itself!). Or you don’t hear about it at all. I was living in Amsterdam shooting this lame-ass reality show called Real Life and I couldn’t find any of the new adult stuff my friends told me I should read.

Well, hotties, I have a solution to your problem: The Lexie Project. If you’re not living in the U.S. you might not have heard of my show, The Lexie Project, or me, Lexie Baker. If you’ve read my sister’s novelized memoir, Something Real, which YA author Heather Demetrios wrote for her, then you’ve met me before. But let me back up: I’m a reality TV star. I was literally born on camera. For my whole life, my family had a show called Baker’s Dozen because there were thirteen kids in our family (now there are fifteen—my parents are crazy). In Something Real, my sister talked a lot about how she hated being on reality TV, but I love it. You’re always in magazines, everyone in the country knows your name, you get stuff like free cruises and fancy cars—I mean, honestly, what’s not to like? I happen to be a real actress, but I know a lot of people just think reality TV stars are dumb people desperate for fame. Some are. I’m not like that. I mean, for one, you can’t be desperate for fame if you’re already famous. I didn’t even have a choice about whether or not to be on my family’s show. And for me, having cameras in the house and a crew and producers feels like normal life. After I left my family’s show there were a few weeks when I was by myself and I literally could not sleep. I was so freaked out by being alone. Give me a camera in my living room any day over that.

But now I’m all grown up (well, only nineteen, but you get the picture). I moved out of my family’s house and into a tiny apartment in LA, where I’m going for my dream: to be a real actress, one who wins Academy Awards and stuff like that. When MetaReel, the company that produced my family’s show, came to me and asked if I wanted to have my own show, I jumped at the chance. What better way to get Steven Spielberg to see you, am I right? It’s being produced by Jax Wilson, this hot, young producer that everyone says is the best of the best. Basically, the crew follows me around as I go to auditions, acting class, red carpet events—whatever! I live with my roommate, Noelle Non Merci—she’s a YouTube star with hilarious videos. She’ll be posting videos on YouTube throughout The Lexie Project, so you’ll get to meet her. I also live with my adorable Yorkie, Fred Astaire. Fun fact: he likes to eat grapes. Who knew?

Before we started shooting Lexie, I decided that I wanted to have my own novelized memoir, just like my sister, Chloe. I wanted the world to see a side of me that they don’t get on TV or in the tabloids. (There are some serious haters out there—a girl’s gotta fight them any way she can). I met up with Heather Demetrios (other than Something Real, she also wrote I’ll Meet You There and Exquisite Captive)—she’s a legit YA author. Plus, all her books have hot guys so YAY! Anyway, Heather and I talked a lot about how best to tell my story. We decided to tell it in real time, in a multiplatform way. So, instead of getting the book all at once, readers will get a chapter a week, which they can read on my website or on Wattpad. In addition to the chapters, I blog regularly on Tumblr, tweet daily, and post on my Instagram and Pinterest. You can just read the chapters, or you can read everything. The really cool part is this: I want my readers to help me tell my story. Heather uses a fancy term for it: “crowd sourcing.” This basically means you can give me advice (on Twitter or comment on my blog or Wattpad) and I’ll really listen. So, like, if you think I shouldn’t go on a date with someone, tell me! I need all the help I can get.

One thing Heather and I thought was really cool about telling my story online is that it gives international readers the same chance to read the story as American readers. She says she gets lots of emails from people saying they want to read her books, but that her book aren’t always in their country or are too expensive. This way, everyone in the world can read my story as it’s happening. This is so incredibly cool. It’s like the whole world is collaborating with me on my life.

Wanna hang out? It’s super easy. Check out the links below and come say hi to me. I promise I’ll say hi back. About the Lexie Project Lexie Baker is ready for her close up and nobody’s gonna get in her freaking way.

Nearly a year after graduating high school and taking a hiatus from her family’s reality TV show, “Baker’s Dozen,” Lexie is in Los Angeles, on a mission to take Hollywood by storm. From red carpet premiers to helping her YouTube star roommate film weird videos, Lex fits right in with the droves of girls just as hungry as she is for some screen time. When Jax Wilson, a young, hot producer, offers to launch The Lexie Project, a reality show that will chronicle Lex’s adventures trying to make it as an actress in LA, she jumps at the chance. It isn’t an Oscar-winning role, but it’s a start.

Then she meets Liam, a film student who brings books to parties and is one of her twin brother’s closest friends. When it becomes clear that her brother, Benny, has a serious drinking problem that’s causing his life to spiral out of control, Lexie relies on Liam to help protect her brother from the media…and himself. But spending time with Liam soon makes Lexie question if the life of a starlet is really what she wants. And if it is, how far will she go to get it?

The City of Angels soon becomes Hell on Earth and Lexie realizes that everyone—even Liam—has something they’re hiding. It’s time to find a new role to play–not the one she was cast in at birth.

This companion novel to Something Real features several major characters from the novel. Perfect for fans of The Lizzie Bennet Diaries, Lexie’s novelized memoir is a multiplatform storytelling experience told in real time that reaches readers through social media, including weekly chapter installments on her website and Wattpad. Daily updates on Lexie’s social media accounts will give readers the chance to interact directly with Lexie and have opportunities to influence the course of the story.

hen she’s not traipsing around the world or spending time in imaginary places, Heather Demetrios lives with her husband in New York City. Originally from Los Angeles, she now calls the East Coast home. Heather has an MFA in Writing for Children and Young Adults from Vermont College of Fine Arts and is a recipient of the PEN New England Susan P. Bloom Discovery Award for her debut novel, Something Real. Her other novels include Exquisite Captive, the first in the Dark Caravan Cycle fantasy series, and I’ll Meet You There. She is the founder of Live Your What, an organization dedicated to fostering passion in people of all ages and creating writing opportunities for underserved youth. Find out more about Heather and her books at www.heatherdemetrios.com and www.darkcaravancycle.com, or come hang out with her on Twitter (@HDemetrios) and any number of social media sites. 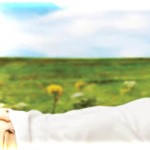 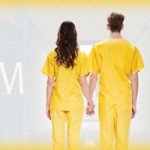 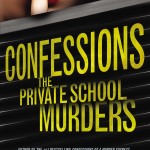 One Response to “The Lexie Project by Heather Demetrios – Guest Post from Lexie!”