Charlotte Gibbs wants nothing more than to put the past behind her, once and for all. But now that she's back at Firefly Lake to sell her mother's cottage, the overwhelming flood of memories reminds her of what she's been missing. Sun-drenched days. Late-night kisses that still shake her to the core. The gentle breeze off the lake, the scent of pine in the air, and the promise of Sean's touch on her skin . . . True, she got her dream job traveling the world. But at what cost?

Sean Carmichael still doesn't know why Charlie disappeared that summer, but after eighteen years, a divorce, and a teenage son he loves more than anything in the world, he's still not over her. All this time and her body still fits against his like a glove. She walked away once when he needed her the most. How can he convince her to stay now?

The Cottage at Firefly Lake is a great second-chance romance featuring a picturesque small town on a Vermont lake, full of summer vacationers and the townies who cater to those who fill the area for the busy season. Over twenty years ago, Charlotte and Sean met in just this way when Charlie’s family would summer at their cottage on Firefly Lake, which happened to be close to Carmichael’s, where Sean’s father made and rented canoes. Their relationship was best friends as kids, but it turned hot and heavy as they grew into teenagers, finally ending in a difficult breakup when an 18-year-old Charlie left Sean heartbroken and their family never returned to Firefly Lake. Now it’s eighteen more years later, and Charlie has returned to the cottage to get it ready for sale after their mother’s death. But Charlie and her sister Mia plan to sell it to a company that will build a hotel, and this doesn’t sit well with the locals, especially old-flame Sean whose business and livelihood is right next door.

Charlie thought she left everything behind her, from who she used to be as a teenager, to the old resentment that she held for how her mother seemed to like her perfect sister Mia better, to her intense love for Sean as well. But all it takes is one chance meeting with Sean for her old feelings to come bubbling back, and it’s not long before her loyalty to her family is being tested–no matter how their actions seem to make sense. Charlie knows she’s stronger now after leaving Sean was the hardest thing she’s ever done, and she’d gone to college and become a very successful field journalist to prove it. Although her job is a dangerous one and she’s got the scars–both internal and external–she’s loved every minute of it, but she’s not so sure she can do it anymore.

Sean was left bewildered and hurt when Charlie abruptly walked away all those years ago, but he moved on like he had to do. He got married, had a child, took over the family business, got divorced… While he’s been content, he’s not exactly happy with his life. He loves his teenage son with all of his heart, but he knows he’s missing something–and that hole has always been Charlie. When she walks back into his life and becomes a threat to his entire world by selling their mother’s property, he can’t believe she’d hurt him all over again. And he also can’t help the attraction that’s still buried deep within him. He just needs to get to know her again, and maybe she’ll remember all that she loves about Firefly Lake, and more importantly, maybe she’ll change her mind about selling the cottage to a foreign corporation.

I really loved the small town feel and the homey atmosphere of this book. The pacing was a bit slow sometimes, and time does seem to move a lot more leisurely in places like these when the sun is hot over the water. The overarching stories of family, forgiveness, redemption, and rekindling an old love were very enjoyable to read here. While Charlie’s family is very small now–consisting of her sister and her two nieces–Sean has a large and very charismatic family, and the ones who took a prominent place in this book were so well-developed and fleshed out. I also really enjoyed the sense of community that was woven throughout the book, and it’s something that I don’t see very much anymore since I’ve lived in a suburban area for the last twenty years after I graduated high school and moved from my small rural town.

I give The Cottage at Firefly Lake a 4.5 out of 5. Charlie and Sean’s slowly rekindled romance was so nice to read. They had such a painful history full of so many happy memories that were covered over with such a bad goodbye, they just couldn’t find a way to meet each other halfway to have an adult, respectful relationship. The secondary romance between Sean’s son Ty and Charlie’s niece Naomi was sweet, and it paralled Sean and Charlie’s romance enough to scare the parents. Overall, this is a fun, sweet, and enjoyable read with sisters getting to know each other better, family history coming to light, old romance rekindling, and a strong community coming together. I’m definitely looking forward to the next two books. The Cottage at Firefly Lake is the first book in the Firefly Lake series. The next book, Summer on Firefly Lake, comes out on July 25, 2017. I can’t wait to read Mia’s story and find out who she finds love with next.

Find THE COTTAGE AT FIREFLY LAKE Jen Gilroy lives in a small town in Ontario, Canada. She’s worked in higher education and international marketing but, after spending too much time in airports and away from her family, traded the 9-5 to write contemporary romance and women’s fiction to bring readers’ hearts home. Jen likes ice cream, diners, vintage style and all things country. Her husband is her real-life romance hero, and her teen daughter teaches her to cherish the blessings in the everyday.

The Cottage at Firefly Lake, the first book in her Firefly Lake series, was a finalist for Romance Writers of America’s Golden Heart® award in 2015. It was also shortlisted for the Romantic Novelists’ Association Joan Hessayon Award 2017.

Enter the Rafflecopter widget below for your chance to win either print copy or digital copy of THE COTTAGE AT FIREFLY LAKE. Open to US/Canada mailing addresses only. 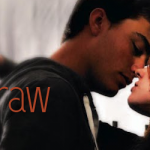