One week before his law school graduation, Jake Rutledge is shattered. His fraternal twin, Blake, has died of a drug overdose. When Jake returns to his hometown of Oakley, West Virginia, he discovers that his brother was not the only person hooked on opioid painkillers. The entire region has been ravaged by an epidemic insidiously planned and carried out by one of America’s most powerful pharmaceutical companies.

Still wet behind the ears, Jake is determined to seek justice for all the victims of Big Pharma’s greed. He soon learns that the drug companies’ tentacles reach far and deep. His only hope is to get Nicholas “Deke” Deketomis to help. A partner at one of the country’s most powerful law firms, Deke’s “as tough as a two-dollar steak” and well-known for his winning tactics against corporate wrongdoers. With just enough persistence, Jake coaxes Deke to see Oakley’s devastation firsthand. Overwhelmed, Deke agrees to join forces with Jake.

And that’s when the real heat begins. Death threats, bribes, unlawful property seizure schemes – all are connected to the massive distribution of both legal and illegal drugs. Everyone is impacted, from the highest levels of corporate America to corrupt local officials to their lackeys and hapless victims. The complexity of the schemes is overwhelming.

Working tirelessly, the lawyers begin to uncover the truth. Along the way, Jake falls in love with Anna Fowler, a former homecoming queen who has succumbed to the power of opioids. With his support, she weans herself off the drugs. Hope begins to bloom ? when suddenly, Jake disappears. As Deke undertakes a desperate search to find him, questions swirl. Has Jake abandoned Anna and his crusade? Can the case against the evildoers move forward without him? Will Oakley and its residents survive? Law and Addiction is real-life drama at its finest ? a book that clears away the darkness page by page, spotlighting a profound truth about our society through expert storytelling.

Legal thrillers are a genre I enjoy, especially since my job entails courtroom time of my own. But since I’m in and out quickly as an expert witness, I never get to experience the opening statements, the closing arguments, and the questioning of witnesses other than myself. The opioid crisis has been on the nation’s radar in the last several years, but being on the scientific side of things, I’ve witnessed the surge in legal prescription painkillers a bit earlier. Mike Papantonio, a longtime and prolific trial attorney as well as author of his third novel, Law and Addiction, takes on the escalating diverted prescription drug problem in fiction form with a well-researched, well-documented, and entertaining thriller.

Newly graduated attorney Jake Rutledge loses his twin brother to an opioid overdose. When Jake returns to their small West Virginia hometown, he’s surprised by how economically depressed the town is as well as how many openly addicted people reside there. Jake vows to take on the companies who made it possible for his brother’s easy access to pills to feed an addiction that developed after a construction site injury, and he uses the few contacts that he has to convince a few counties in West Virginia and Ohio to let him bring lawsuits against a pharmaceutical company for willingly selling too many pills to depressed communities. Once successful and knowing that he can’t fight these companies alone, he uses his ambition and wit to join forces with two successful and powerful attorneys who have experience in taking on large corporations, and the uphill battle is just beginning.

As Jake and company’s lawsuits look like they will be successful, some people become very nervous and that spells trouble. Jake isn’t prepared for the distance that some will go to silence him, or for the repercussions it will have on his life and future. Dangerous times are ahead for Jake, but can he move forward without looking back?

I really enjoyed the thrill of trial preparation and the courtroom proceedings themselves. While Jake was a natural in the courtroom, he was still learning the ropes. His more senior co-counsel Nick Deketomis, who’s taken on big tobacco earlier on in his career and won, is smooth, smart, and commanding, and Jake learns a lot from him. While this is the third book that Deke is in, I had no problem getting to know him thanks to the author’s weaving of backstory without being heavy handed about it.

I give Law and Addiction a four out of five. Well-written and realistic, Jake’s story unfolded at a fantastic pace as we follow his life both inside and outside the courtroom: his struggles and victories, his hurts and pain, as well as his hope at finding happiness after the loss of his brother. I had a hard time putting this book down, and I was invested in the well-developed characters-good, bad, and grey–as well as the fast-paced plot and action. This was my first book by Mike Papantonio, and I don’t think this will be my last. You definitely leave the last page having learned something new and thought provoking while having been entertained. Mike Papantonio is a truth-teller, a crusader who uses fiction to entertain and inform his readers about some of the most pressing issues of our time. In each of his thrillers, from Law And Disorder to Law And Vengeance, and now Law And Addiction, he lays bare the conspiracies and white-collar crimes that hurt ordinary Americans ? and that are rarely covered by the national media.

A senior partner of Levin Papantonio, one of the country’s largest plaintiffs’ law firms, Papantonio uses his own cases as springboards for his novels. He has aggressively taken on Big Pharma, tobacco, weapon manufacturer, and the automobile industry, among other bastions of corporate greed.

One of the youngest inductees into the Trial Lawyer Hall of Fame, Papantonio is also a well- known media presence as host of America’s Lawyer on the RT America television network and co-host of the syndicated radio show Ring of Fire. A skilled musician and athlete, he is based in Pensacola, Florida.

Friday, May 31st: Book by Book

TBD: Tuesday, May 21st: Based on a True Story 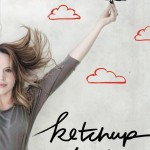 One Response to “Law and Addiction by Mike Papantonio – #TLCBookTours Review”