A teen who is half-god, half-human must own her power whether she likes it or not in this snappy, snarky novel with a serving of smoldering romance.

Zephyr Mourning has never been very good at being a Harpy. She’d rather watch reality TV than learn forty-seven ways to kill a man, and she pretty much sucks at wielding magic. Zephyr was ready for a future pretending to be a normal human instead of a half-god assassin.

But all that changed when her sister was murdered—and Zephyr used a forbidden dark power to save herself from the same fate. On the run from a punishment worse than death, an unexpected reunion with a childhood friend upends Zephyr’s world—and not only because her old friend has grown surprisingly, extremely hot.

It seems that Zephyr might just be the Nyx, a dark goddess that is prophesied to shift the power balance: for hundreds of years the half-gods have lived in fear, and Zephyr is supposed to change that. But how is she supposed to save everyone else when she can barely take care of herself?

This cover has been floating around since quite a while already and it’s one of the most amazing covers I’ve seen Seriously – I’d instantly hang it on my wall as a poster. With the Feathers and the type – It’s just awesome!

Greek Mythology in a Contemporary Setting

I do love Greek Mythology, always have and always will. And now Promise of Shadows comes with an even more exciting idea with Harpys being the main focus here I was hooked and excited. There are mythological creatures living besides us, they like to stick together and do not like to mingle with humans to often. Places like the Tartarus and the Elysian Fields are all to real and we are going to visit them together with Zephyr this super unusual heroine.

I loved the setting, I loved the mix and I loved seeing all the gods we know way too well, and I love how classic greek mythology was placed into a contemporary setting but mixed with exciting new twists.

I think Zephyr is a heroine that will get mixed feelings from the readers. I personally understood her and connected with her, but I can see others feeling a little annoyed by her.

Zeophyr is a Harpy but a very unusual one. Harpys are fighters, bad ass, kick ass fighters who also do not fall in love. They are bad ass to the core. But Zephyr has always been different. Softer and hates fighting. She seems weak, but mainly because everyone tells her so – but there is strength in her that she just needs to discover herself. I also felt very bad for her as her mother constantly tells her what a failure she is – clearly Zephyr doesn’t has it easy.

The story however starts with Zephyr in Tartarus, stripped of her wings and we slowly begging to understand what happened. Because. She can be bad ass when she needs to be, she is fiercely loyal and loves her sister so wonderfully. During her quest our of Tartaturs she slowly begins to understand that there is more to her than everyone ever saw in her.

I loved the storyline so much – it was filled with greek mythology and we go all the exciting placed with Zephyr. But there is more to Zephyr that she ever thought about herself and she’s someone truly special and just begins to realize and embrace the possibility what she can do!

Promise of Shadows definitely does not lack story and plot and even though the beginning might have been a little slow, it becomes very fast paced later on. The story does not stand still and moves forward effortlessly so that we have no time getting bored and instead excitingly turn pages to see what happens next.  There are lot os exciting revelations and twists that just add t the complexity of the story!

Zeph is not going on her journey alone and has some wonderful characters helping along the way. They added a lot of color and excitement to to the story. I especially loved Blue so much!! Gosh what a sweet funny boy!

And then there is Talon – long lost friend , now turned super bad ass and mysterious. He challenges Zephyr all the time making her see herself differently and forcing her to grow and fight her fears! Their romance was sweet and tickling, even if Talon was hot and cold for quite a while and we had a hard time figuring him out. But then, don’t we love the mysterious boy? Yes we do – very much so!

Promise of Shadows by Justina Ireland was an exciting tale filled with lots of mythology and with a contemporary setting. Zephyr is such an unusual heroine who fights to see her own value, seemingly weak at times but when needed pulls out her strength! A vibrant cast of characters adds to a gripping storyline that will leave Readers wanting for more! Even though it’s a Standalone and the ending is just great the way it is, I wouldn’t mind for a sequel so that we could spend more time in this world and with these characters!

Justina Ireland definitely loved putting greek mythology in contemporary surroundings and she has such a unique way of creating interesting complex characters. Vengeance Bound circled aroung the three Furies and was also a story I really liked!
Do you also love Greek Mythology so much? And how much do you love this cover? I’m especially excited about the Harpy themed story, do you know any other books that have a Harpy as the main character? 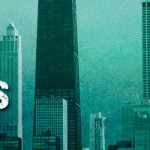 Take My Husband by Ellen Meister

10 Responses to “Promise of Shadows by Justina Ireland”