Before scientists found the cure, people thought love was a good thing. They didn’t understand that once love – the deliria – blooms in your blood, there is no escaping its hold. Things are different now. Scientists are able to eradicate love, and the governments demands that all citizens receive the cure upon turning eighteen. Lena Holoway has always looked forward to the day when she’ll be cured. A life without love is a life without pain: safe, measured, predictable, and happy.

But with ninety-five days left until her treatment, Lena does the unthinkable: She falls in love.

A world without love

-isn’t this a horrible thought? It’s scary! This is the first book from Lauren Oliver I read, I still have “Before I Fall” on my list. I have to say her writing is utterly beautiful! Her descriptions are wonderful and while reading I was sure I was actually seeing what she describes.

The Disease…
and this horrible world!

Lena grows up in a world where love is considered a disease, a disease people can and must be cured from, because love and desire causes war and instability and is just the worst thing that can happen to you -ever!

This is a horrifying thought, living without love, without being loved and even being able to love something, someone, anything. But Lena doesn’t know really better, she’s been told and that love is horrible and she’s looking forward when she turns 18 and she’s able to get cured. All people at the age of 18 will be cured, Scientists found a way to remove the capability of love. The turn into living Zombies, that just do what they’ve been told – marry this guy, have 3 kids, work at this store.
You can’t imagine what is it to live without love, even when you’re having kids – You simply don’t love them. All you feel is the responsibility, or not, which is then even worse. Imagine how you grow up with your mother and father not loving you, just taking care you grow up? It’s a horrible though!

Well, Lena grows up like this, but not entirely because he mother’s never been able to get cured, the surgery didn’t work on her and when the government realized that she committed suicide and Lena is left to grow up with her perfectly cured aunt. Lena is also counting the days until she gets cured because afterwards everything is supposed to be better!

But then everything starts to change because she catches the disease when meeting Alex – she falls in love! Soon she starts to doubt that what the government says about love and the disease. Alex shows her what it really means -to love and to be loved!

The first part of the story was kinda slow, but necessary to get a feeling about the world Lena lives in. It’s full of how the world looks like after the scientists discovered a way to remove “love” and how the people change after this. Also, there are the so called “Invalids”, those who run away and live in the “wilds” and there are the ones that although cured, know how it was like-before.

I loved the characters, I loved Lena and Alex of course, but I also loved her best friend who started breaking the rules and went to secret music events, to “feel” for the last days of her freedom. I admired her bravery and how she tried to open Lena’s eyes.

The story paced up in the middle of the book, when Lena finally starts admitting to herself that she’s falling in love with Alex and when she begins to realize the cruelty of the government! The ending was devastating and leaves you totally hanging in the air and waiting desperately for the next book.

Bottom Line
With a writing so beautiful and a world so horrible, seeing the love between Alex and Lena is like a light at the end of a tunnel! This was a fantastic book and I can’t wait or the next one!

I have the feeling that most first books in a Dystopian series are rather slow. You must learn how it is to live in such a world, you need lot’s of world building and the character must have space to develop. This is why I wasn’t super duper excited about this book. I liked it, which would mean a 3 star rating but as I said the writing is so beautiful it deserves a star on it’s own. I feel more in love with the book itself and the premise than with the actual characters if this makes sense. I cannot not compare this one to Matched by Ally Condie, there I had the same issue of slowness but Matched didn’t manage to grab me as much as Delirium did. 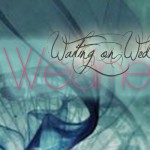 Feature & Giveaway: The Coincidence Of Callie And Kayden by Jessica Sorensen
The Hunger Games by Suzanne Collins

Bewitched Kids Corner {19} – Mystery on the LEGO Express (LEGO City) by Trey King
Review: Before I Fall by Lauren Oliver