Prophecy by Ellen Oh  on goodreads:

The greatest warrior in all of the Seven Kingdoms… is a girl with yellow eyes.

Kira’s the only female in the king’s army, and the prince’s bodyguard. She’s a demon slayer and an outcast, hated by nearly everyone in her home city of Hansong. And, she’s their only hope…

Murdered kings and discovered traitors point to a demon invasion, sending Kira on the run with the young prince. He may be the savior predicted in the Dragon King Prophecy, but the missing treasure of myth may be the true key. With only the guidance of the cryptic prophecy, Kira must battle demon soldiers, evil shaman, and the Demon Lord himself to find what was once lost and raise a prince into a king.

Intrigue and mystery, ancient lore and action-packed fantasy come together in this heart-stopping first book in a trilogy.

There is something about High Fantasy that I love! It’s diving into a different and new world and get lost there. Prophecy sounds like exactly this kind of story that makes this genre so epic. A kick ass girl and an ancient Prophecy!

The basic lore here is highly enriched with asian lore and customs. I actually truly enjoyed this combination even though I didn’t expect this from reading the synopsis. Often, Epic Fantasy stories focus on a lot of world building in the beginning, something that fast can become a little boring. Here, we were slowly introduced to the world, the basics and the magic boundaries. I might even add that I found some elements a little lacking, especially the magic aspect as I would have loved to understand more.

Kira was a phenomenal main character who easily owned the story and made it easy to connect with her. She’s the only female warrior and is very very different. Even though Kira is kick ass, she’s also a little timid when it comes to interactions with others, clearly feeling like an outcast. It made me feel with this unusual girl and I felt a little sad for her. But, she has both an inner and a physical strength that made her stood out. All she wants is to protect her little cousin who is the next king. I loved her determination and love for the prince. it was one of those relationships that makes your heart swell.

The prophecy was very fast introduced which easily added to the suspense of the whole story. It’s an action driven plot with a lot of fighting. I would have loved to get deeper into all the human relationships as I found they were rather undeveloped. I love following dynamics between the characters and I think there was a lot of room for improvement here. The same is true for the romance, which takes a rather inferior role in the book.

When finally more was revealed about the Prophecy I became excited again, seeing where this story is about to head with the upcoming books.

Prophecy by Ellen Oh is epic fantasy that will appeal to both boys and girls equally as it has a kick ass girl as the main character, but also has a great storyline and plot. I’m looking forward to the sequel as the end revealed an exciting direction. However, I found that the relationships between the characters was a little underdeveloped and definitely leaves room for improvement.

The Big Love Letter Event – Dear Marcel, Your Sara – Defy by Sara B. Larson
In My Mailbox – Danny’s Vlog Edition 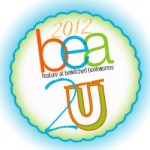 18 Responses to “Prophecy by Ellen Oh”