To everyone who knows him, West Ashby has always been that guy: the cocky, popular, way-too-handsome-for-his-own-good football god who led Lawton High to the state championships. But while West may be Big Man on Campus on the outside, on the inside he’s battling the grief that comes with watching his father slowly die of cancer.

Two years ago, Maggie Carleton’s life fell apart when her father murdered her mother. And after she told the police what happened, she stopped speaking and hasn’t spoken since. Even the move to Lawton, Alabama, couldn’t draw Maggie back out. So she stayed quiet, keeping her sorrow and her fractured heart hidden away.

As West’s pain becomes too much to handle, he knows he needs to talk to someone about his father—so in the dark shadows of a post-game party, he opens up to the one girl who he knows won’t tell anyone else.

West expected that talking about his dad would bring some relief, or at least a flood of emotions he couldn’t control. But he never expected the quiet new girl to reply, to reveal a pain even deeper than his own—or for them to form a connection so strong that he couldn’t ever let her go…

One of my favourite TV shows was and still is Friday Night Live, I love Football centred stories, there is so much room for great stories of teamwork and also romance. And.. I do love Abbi Glines books, so until Friday Night was a Must-Read for me!

Ok seriously, these 3 words will tell all there is know about this book! In a good way of course… There is sweet, strong and beautiful romance between the Football player West (who so far always has been a player) and broken, silent Maggie who helps West deal with his dying father and in return, gets healed by West.

There is a lot of Angst. First off Maggie is mute after enduring a horrific traumatic event in her past that leaves her basically an orphan. She just does not want to speak. But that changes when she meets West and realises he needs someone that helps him deal with his of cancer dying father. These two were made for each other and they are healing each other, it’s been a powerful and strong romance between them.

Together they are stronger!

I loved them together as they clearly made each other stronger, but I also very much loved Maggies Aunt and uncle, who provided Maggie with a new home and just sealed so perfectly with Maggie’s trauma. Thankfully, Maggie had a family that helped her heal without forcing her to to anything. I think these family bonds were my favourite part besides the romance between West and Maggie!

My only complain was that even though I get didn’t speak Maggie but the way she choose with whom to speak was not always convincing. Especially since her family were among the last ones she decided to speak to even though they were so supportive..

Until Friday Night by Abbi Glines was a great, wonderful and angsty read that fans of Friday Night Lives will love just as much as I did!° 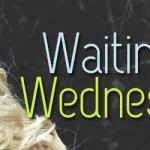 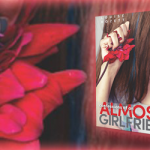 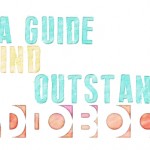 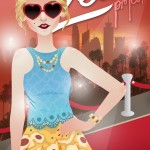