Faeries – big sigh… I love to be lost in a good Faerie Story, I absolutely do. I love their beauty and also their arrogance and of course I adore to discover a magic world over and over again. This is why I picked the Wondrous Strange series up… 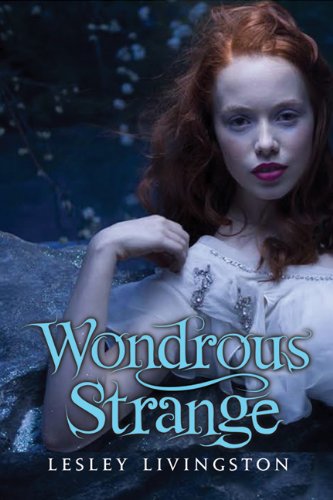 17 year-old Kelley Winslow doesn’t believe in Faeries. Not unless they’re the kind that you find in a theatre, spouting Shakespeare—the kind that Kelley so desperately wishes she could be: onstage, under lights, with a pair of sparkly wings strapped to her shoulders. But as the understudy in a two-bit, hopelessly off-off-Broadway production of A Midsummer Night’s Dream, wishing is probably the closest she’s going to get to becoming a Faerie Queen. At least, that’s what she thinks… In this fun, urban fantasy, Kelley’s off-stage life suddenly becomes as complicated as one of Shakespeare’s plot twists when a nighttime trip to Central Park holds more than meets the mortal eye

The Plot and World building

This is a Faery story about a girl that doesn’t know that she apparently has some Faery blood. I won’t say more since everything else would be spoilerish. The story plays in New York and Kelley is a Teenager ( 17 I think… or 16? I think it was 17) that left home to become an actor. She’s working at a small theater and they are about to perform A Midnightsun’s Dream.
Then things happen that will shatter her world and she has to learn a lot of things about herself and has to face that Faeries indeed exist and are not just Tales. And Oh let me tell you, you’ll meet some old Faerie friends and one of the funniest – non speaking character is a horse – sort of .. *wink*

Of course, we have the mysterious guy that connects with her. Sonny is a Changeling who protects the gate between the mortal realm and the Faery realm in the Central Park and this is where he meets Kelley. He immediately knows that there is something special about her and feels directly drawn to her. He calls her his Firecracker. Sweeeet isn’t it?

I needed some time to get into this story and the first half was rather hard for me to connect with the main characters. But then, the plot moves on pretty fast and with some nice twists and turns. The second half was so much better and I really started turning the pages faster and faster.

I love a good Faerie story so in the end I definitely like it and bought directly the next book! 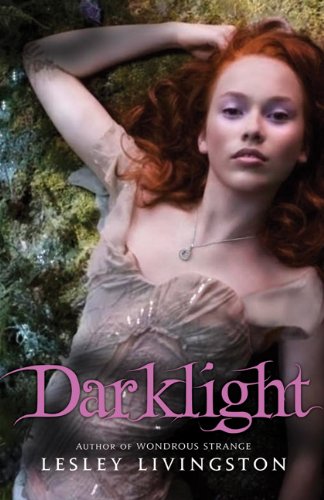 Much has changed since autumn, when Kelley Winslow learned she was a Faerie princess, fell in love with changeling guard Sonny Flannery, and saved the mortal realm from the ravages of the Wild Hunt.
Now Kelley is stuck in New York City, rehearsing Romeo and Juliet and missing Sonny more with every stage kiss, while Sonny has been forced back to the Otherworld and into a deadly game of cat and mouse with the remaining Hunters and Queen Mabh herself.
When a terrifying encounter sends Kelley tumbling into the Otherworld, her reunion with Sonny is joyful but destined to be cut short. An ancient, hidden magick is stirring, and a dangerous new enemy is willing to risk everything to claim that power.
Caught in a web of Faerie deception and shifting allegiances, Kelley and Sonny must tread carefully, for each next step could topple a kingdom . . . or tear them apart.
With breathtakingly high stakes, the talented Lesley Livingston delivers soaring romance and vividly magical characters in Darklight, the second novel in the trilogy that began with Wondrous Strange.

Of course after finishing the first book I HAD to jump into the second book right away. The story goes on where the first book left us and to say it right away I loved the book much more than the first.

We will discover more about Kelley and see how she tries to handle her newfound Faery Part in herself. She has to face the question if she rather wants to be human or if she has to be more open about being a Faery. We dig deeper into the wonderful Faerie world and learn so much more than in the first book. The plot is much more detailed and layered and reveals some things that are super surprising, some twists and turns you’d never expect!!!

The Lovers..
aka the crisis in the second book

Let’s face it, this is the second book in a series – meaning our Lovers have to go through a drama. This is like a unwritten rule and of course we will also have to face this here..
Sonny is gone and has to deal with the aftermath of the happenings in the first book. While the two lovers are apart they have to deal with not seeing each other and of course some jealousy. Also Kelley learns and sees things from Sonny that makes her question if he’s really the one he’s supposed to be and if she really can love him. Heartbreaking – of course but important for the development of the two love birds and the plot.

This is one of those series that gets better and better, I liked the first book  – no doubt but I absolutely loved the second book! The plot is so much richer and the characters will surprise you and of course you will be angry with them – but if you stick to them you will be rewarded!

I can’t wait for the third book in the series “Tempestuous” that comes out in January. Look at this gorgeous cover:

Oh and why oh why can’t I be a Faeries princes and meet a gorgeous Prince or whatever?
The following two tabs change content below.

« cutie is waiting on… (Wednesday )
Review: Firelight by Sophie Jordan »

4 Responses to “Wondrous Strange Series (so far…) by Leslie Livingston”