THE WYOMING MEN ARE BACK! IN THEIR QUEST FOR TRUE LOVE ON THE RANGE, ARE THESE RANCHERS BOLD ENOUGH TO OPEN THEIR HEARTS TO THE WOMEN UNDER THEIR PROTECTION?

Ren Colter may own an enormous ranch in Wyoming, but he scorns his wealth. He’s closed himself off since his fiancée left him months ago, so he’s shocked when he allows Meredith Grayling to stay with him. He tells himself it’s only to protect the blonde beauty from a stalker, but Ren’s alpha instincts soon kick in.

The last thing Merrie wants is a devastatingly handsome man like Ren lurking around her. He’s too experienced, too appealing for her already shot nerves. What she needs is just to get away from it all: the man haunting her waking dreams and the one hunting her like an animal. But no woman escapes this Colter cowboy!

Wyoming Brave  isn’t my first Diana Palmer book, but this is book six in the Wyoming Men series, and you just jump right into the middle of the story in chapter one. While this wasn’t quite a stand alone–there were several characters from the Long Tall Texas series of the author’s that make appearances throughout the book and they are very briefly explained–I didn’t have too much trouble figuring out who was who to enjoy this book. With a hero and heroine that are both closed off from other people, but for very different reasons, I enjoyed seeing them blossom as their friendship grew into more throughout Wyoming Brave.

Meredith Grayling has had a hard life for only being twenty-two, with an abusive father who controlled everything that she and her sister did, spoke to, and wore up until the day he died. Suddenly free of his abuse and overbearing rule–and around 400 million dollars richer thanks to a Swiss bank account that her deceased mother had set up for her and her sister, Merrie is now in danger because her father had murdered a woman before he died, and that woman’s son wants revenge. What better way to get revenge on a father than to kill his daughters? But he didn’t know that the father died of a heart attack, and he can’t call off the hitman from jail–a hitman who won’t stop until Merrie is dead and he can count the job completed. So her sister Sari and FBI agent brother-in-law Paul send Merrie to stay at a ranch that has tons of security to protect their bulls from theft since it’s a multi-million dollar business, but Merrie has to contend with one gruff cowboy in order to stay there.

Ren Colter has been closed off emotionally to women since he found his fiancee cheating on him mere weeks before their wedding. But even before then, he’d always been a bit harsh and cynical ever since his mother and father split up and he’d been forced to move with his mother when she’d remarried. After college at Harvard and a stint in the armed forces, Ren returned to the struggling family ranch to help his father turn things around, quickly becoming a premiere cattle breeder. While his younger half-brother Randall was a ladies man, Ren kept to himself and occasionally dealt with the girls that Randall brought home–the vapid, money grubbing, very experienced city slicker types. But Merrie is a completely different type of woman for Randall to keep company with, and Ren is intrigued, but irritated all the same. He’ll make sure that she’s safe on his ranch, but he doesn’t have to be happy that she’s there or make her comfortable.

The slow building romance between innocent artist and animal lover Merrie and older, more experienced Ren was enjoyable, but the many misunderstandings and miscommunications were frustrating. Merrie would tell Ren about the abuse at the hands of her father, only for Ren to act like he didn’t know about it pages later. Intentional or editing issues, I’m not sure. The same thing with the abuse being mentioned happened as well as Ren’s ex-fiancee’s cheating. The multiple mentions in dialogue were quite obvious, and it made it look like the characters just didn’t pay any attention to what the others were saying. With this said, I still was able to read through Wyoming Brave in a few sessions over two days. I was engrossed in their story as well as the unique secondary characters that popped up along the way.

I give Wyoming Brave a four out of five. The settings were very picturesque, especially the ranch in Wyoming with the cattle and horses. Merrie and Ren’s relationship was a slow burn, surrounded by the danger that she was in from a hit man that could strike at any time to make it more intense. I really loved all the characters from the Long Tall Texas series that came into play in last half of the book. Who knew that you could have ranchers, FBI agents, and mafia all in one book? No way could that ever happen in real life, especially with security clearances keeping agents from actually interacting with suspected mafioso, but ignoring the intricate details of how it could actually happen made me really enjoy how they all came together in the end. The strange partnership really worked! I totally want to read more about Cousin Mikey now. he prolific author of more than one hundred books, Diana Palmer got her start as a newspaper reporter. A New York Times bestselling author and voted one of the top ten romance writers in America, she has a gift for telling the most sensual tales with charm and humor. Diana lives with her family in Cornelia, Georgia.

Enter the Rafflecopter widget below for your chance to win a $25 Gift Card. 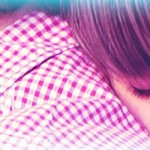 Where the Stars Still Shine by Trish Doller
Tear Me Apart by J.T. Ellison – Excerpt and Giveaway #TLCBookTours