"Riveting, smart, and utterly diabolical."—Lisa Unger, New York Times bestselling author of Confessions on the 7:45
An unputdownable amnesia thriller that begs the question: how can you trust anyone when you can't even trust yourself?
Forget the truth.Remember the lies.
He wakes up on a deserted beach in Maryland with a gash on his head and wearing only swim trunks. He can’t remember who he is. Everything—his identity, his life, his loved ones—has been replaced by a dizzying fog of uncertainty. But returning to his Maine hometown in search of the truth uncovers more questions than answers.
Lily Reid thinks she knows her boyfriend, Jack. Until he goes missing one night, and her frantic search reveals that he’s been lying to her since they met, desperate to escape a dark past he’d purposely left behind.
Maya Scott has been trying to find her estranged stepbrother, Asher, since he disappeared without a trace. Having him back, missing memory and all, feels like a miracle. But with a mutual history full of devastating secrets, how far will Maya go to ensure she alone takes them to the grave?
Shared fates intertwine in a twisty, explosive novel of suspense, where unearthing the past might just mean being buried beneath it.
"Skillfully plotted and paced, every twist deepens the story until it explodes with an ending that made me gasp.”—Samantha Downing, USA Today bestselling author of My Lovely Wife and He Started It

YOU WILL REMEMBER ME is one wicked, twisted tale–but in all the good ways. Amnesia, lies, and murder wind together to form a book that I didn’t want to put down. I just had to know what happened next. This book isn’t exactly formulaic like most psychological suspense since you get bad vibes off of one character from the start. And then those vibes grow stronger and stronger until you wait to see just how far they will go to get what they want.

Asher wakes up on a beach, no memory of who he is or was. When he stows away in a camper, making his way back to his childhood home, he has no idea what’s in store for him as he struggles to find the truth. Lily just wants her boyfriend back alive and well–even after she finds out that he’s used an alias the entire time they’ve been dating. She tirelessly tries to find him, following whatever hints that she can find in his apartment to see where he’d gone when his body never washed ashore after he went swimming in the ocean at night. Even when she tracks down Maya, his step-sister, using her amateur internet detective skills, Lily doesn’t know to not trust a single thing that will happen to her as she finds Jack–now Asher–in a small town a state over.

As Asher’s memory comes back to him in bits and pieces, he realizes that there must have been a reason that he disappeared from his small town and resurfaced in another state with a new name. While his possibly dirty past can come back to haunt him, both Lily and Maya are holding big secrets of their own. The slow burn to the reveal of everything that has happened both in the past and the present just built and built until everything comes to a head. Not a single person of the three main characters, who each get their own points of view told in this book, is lily white or clean as a whistle. But they were all enjoyable to read about, and I couldn’t wait to see how crazy things became as the digital pages turned.

I give YOU WILL REMEMBER ME a 4.5 out of 5. The mystery of what actually happened to the father was never revealed, but most other things wrap up as nicely as they can. I would have also liked a little more about the person who attacked Asher and left him for dead, as that could have added a bit more richness to this story. As a reader, we know what happens, even though there is definitely no happy ending to be found here. The ending was not what I expected, and the author went very bold with it. Sometimes the bad guys do win, after all in the real world, so why can’t that be the case in fiction as well? But what about when they all have some bad parts to them? I highly recommend You Will Remember Me since it was rich and layered with crazy that I haven’t been privy to right from the start.

Find YOU WILL REMEMBER ME 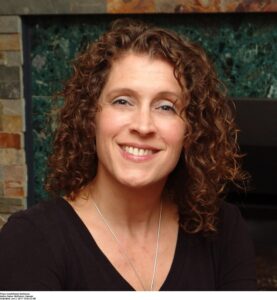 Hannah Mary McKinnon was born in the UK, grew up in Switzerland and moved to Canada in 2010. After a successful career in recruitment, she quit the corporate world in favor of writing, and is now the author of The Neighbors, Her Secret Son, and Sister Dear. She lives in Oakville, Ontario, with her husband and three sons, and is delighted by her twenty-second commute. 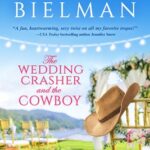