A ruthless technology company threatens to reveal Project Halo, a scientific breakthrough that will change humanity forever. Layers of secrecy conceal cutting-edge robotics, artificial intelligence and even rumors of synthetic humans. Before scientists can correct flaws that threaten the program, someone or something murders the brains behind the project.

Michael Murphy’s witty fast-paced sci-fi mystery introduces Lucas Nash, a gritty, by the book homicide detective thrust into a world he always avoids, high tech. He sifts through a maze of suspects; Rachel, a spirited intern, a brute of a security chief, a treacherous woman, the murdered man’s partner, and two ambitious Army officers, one found dead in the arms of a married schoolteacher, and a Colonel who can’t be found.

A media starved religious leader warns the world against the evils of technology with his beautiful assistant, Lucas’s one-time flame. Before uncovering the killer’s identity, an unlikely romance threatens to derail the investigation and end Lucas’s career. With pressure mounting from his superiors and the government, Lucas must set aside his feelings and solve the murder before technology makes him and humanity the next victims.

Michael Murphy’s near-future thriller takes place in 2038, featuring a homicide detective named Lucas Nash feel his way through a world that is full of artificial intelligence, self-driving vehicles, and constant surveillance. The Halo Conspiracy is a fast-paced sci-fi-thriller that explores the boundaries of artificial intelligence and just how human-like it has the potential to become. When a high-ranking Army officer winds up shot at a married woman’s house, everyone believes it to be the lady or her husband that killed him. But when another body shows up, this time a senior scientist at a robotics/artificial intelligence research facility dies from what appears to be a heart attack. Lucas isn’t sure about the natural death thing, and when his suspicions are validated, he’s set on a path to find how these two murders are related. And more importantly, who’s killing these men.

Dr. Beltran’s security team is very effective at keeping everyone at bay, but the doctor’s intern escapes the compound, ultimately connecting with Lucas as he investigates the murder. Rachel is friendly, very smart, and a bit naïve, but she’s determined to convince Lucas that she didn’t kill her boss. They embark on a mission to find the killers, dodging danger along the way, and Lucas has no idea just how far he’ll go to catch a killer.

Lucas is a seasoned homicide detective, although he’s never gotten quite used to how artificial intelligence has taken over so much of what humans used to do for themselves. He’s smart, tenacious, and skilled, but he has a soft spot for pretty women who need saving.

I give THE HALO CONSPIRACY a four out of five. I really enjoyed this look at the future, which a lot of is already here. Lucas proves that good, old-fashioned detective work can get to the answer effectively, but you can get swallowed up by the falseness and invasiveness of artificial intelligence. The science was interesting, the characters were unique and entertaining, and the overall mystery was a fantastic ride full of red herrings to go on. This is a great book one in what promises to be a fantastic series. 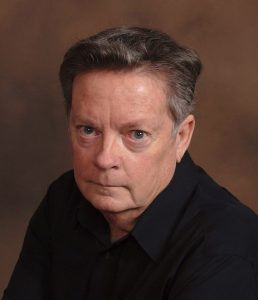 Michael Murphy is a part-time urban chicken rancher and the author of The Yankee Club, All That Glitters, and Wings in the Dark. He lives in Arizona with his wife of more than forty years and their five newly adopted children. He’s active in several local writers’ groups and conducts novel-writing workshops at bookstores and libraries.

Enter the Rafflecopter widget below for your chance to win a copy of THE HALO CONSPIRACY by Michael Murphy. Open to United States mailing addresses only. 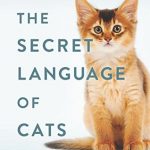