Pixie and Levi haven't spoken in nearly a year when they find themselves working―and living―at the same inn in the middle of nowhere. Once upon a time, they were childhood friends. But that was before everything went to hell. And now things are... awkward.

All they want to do is avoid each other, and their past, for as long as possible. But now that they're forced to share a bathroom, and therefore a shower, keeping their distance from one another becomes less difficult than keeping their hands off each other. Welcome to the hallway of awkward tension and sexual frustration, folks. Get comfy. It’s going to be a long summer.

When 19 year old Pixie breaks for the summer after her freshman year of college, she goes to work for her aunt Ellen at a small country Inn in Arizona, not wanting to spend time with her horrible mother back home. But what her aunt fails to mention is that Pixie will be living in a wing of the inn that is undergoing renovations and she’ll have to share a bathroom with the handyman–who also happens to be Pixie’s former best friend Levi.

Their lives just haven’t been the same for a while…

Pixie is a talented artist creating vivid and colorful canvases, but she only paints in black and white now. She’s not sure if the art program at her college in Arizona is right for her, but maybe one in New York could give her more opportunities–and have less painful memories. Levi was a star quarterback in high school and college, but now he’s on academic probation and he’s not sure if he should return to play another year or not.  His parents have gone to different parts of the country, so he doesn’t seem to have anyone rooting for him anymore.

The tension between Pixie and Levi is thick and often hilarious…

Pixie and Levi haven’t spoken or seen each other in a year. The event that separated them is too painful to deal with and remember, so it’s easier to cope with their awkward new strained relationship by fighting about everything. He uses up all of the hot water in the morning so she has to take a cold shower, she’ll blow the fuses on purpose by plugging a ton of things in at once so the electricity shuts off, and he has to trudge outside to turn it back on. Their antics are childish and quite funny, but it’s really just their way of dealing with the hurt and loneliness they’ve both been dealing with for a while.

There’s always been a bit of an attraction between them, even when they were kids. But now, it’s more like two steps forward and three steps back when it comes to any kind of friendship that they develop.  The will they, won’t they drags on for most of the book, and it was both Pixie and Levi who had trouble deciding what they wanted.

The truth is slowly revealed…

The big mystery of why Pixie and Levi hadn’t seen or spoken to each other in so long, or why Pixie has a very large scar across her midsection that makes Levi very uncomfortable is revealed in bits and pieces over the course of the book. It’s a bit on the lighter side for the drama and the angst when all is revealed since it took so long to come to light, though.

I give Best Kind of Broken a four out of five. With a great mixture of humor, fluff, and romance to balance the mild angst, the story of Pixie and Levi finding each other and finally taking that leap together is an enjoyable listening experience. The side characters were memorable and distinct enough to stick out without being too quirky.  Narrator Susanna Duff does and excellent job with both Pixie and Levi’s point of views, and I thoroughly enjoyed her natural speaking style and flow. I highly recommend the audiobook. 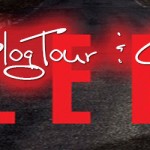