The endgame is at hand for Penn Cage, his family, and the enemies bent on destroying them in this revelatory volume in the epic trilogy set in modern-day Natchez, Mississippi—Greg Iles’s epic tale of love and honor, hatred and revenge that explores how the sins of the past continue to haunt the present.

Shattered by grief and dreaming of vengeance, Penn Cage sees his family and his world collapsing around him. The woman he loves is gone, his principles have been irrevocably compromised, and his father, once a paragon of the community that Penn leads as mayor, is about to be tried for the murder of a former lover. Most terrifying of all, Dr. Cage seems bent on self-destruction. Despite Penn’s experience as a prosecutor in major murder trials, his father has frozen him out of the trial preparations–preferring to risk dying in prison to revealing the truth of the crime to his son.

During forty years practicing medicine, Tom Cage made himself the most respected and beloved physician in Natchez, Mississippi. But this revered Southern figure has secrets known only to himself and a handful of others. Among them, Tom has a second son, the product of an 1960s affair with his devoted African American nurse, Viola Turner. It is Viola who has been murdered, and her bitter son–Penn’s half-brother–who sets in motion the murder case against his father. The resulting investigation exhumes dangerous ghosts from Mississippi’s violent past. In some way that Penn cannot fathom, Viola Turner was a nexus point between his father and the Double Eagles, a savage splinter cell of the KKK. More troubling still, the long-buried secrets shared by Dr. Cage and the former Klansmen may hold the key to the most devastating assassinations of the 1960s. The surviving Double Eagles will stop at nothing to keep their past crimes buried, and with the help of some of the most influential men in the state, they seek to ensure that Dr. Cage either takes the fall for them, or takes his secrets to an early grave.

Tom Cage’s murder trial sets a terrible clock in motion, and unless Penn can pierce the veil of the past and exonerate his father, his family will be destroyed. Unable to trust anyone around him–not even his own mother–Penn joins forces with Serenity Butler, a famous young black author who has come to Natchez to write about his father’s case. Together, Penn and Serenity–a former soldier–battle to crack the Double Eagles and discover the secret history of the Cage family and the South itself, a desperate move that risks the only thing they have left to gamble: their lives.

Mississippi Blood is the enthralling conclusion to a breathtaking trilogy seven years in the making–one that has kept readers on the edge of their seats. With piercing insight, narrative prowess, and a masterful ability to blend history and imagination, New York Times bestselling author Greg Iles illuminates the brutal history of the American South in a highly atmospheric and suspenseful novel that delivers the shocking resolution his fans have eagerly awaited.

When I received the third and final installment in the Natchez Burning series, Mississippi Blood,  I held the hefty tome in my hands and almost dreaded carrying it around in my handbag to read it on my daily train commutes to and from work. Having lugged a hefty 800-plus pager around in the first book, Natchez Burning, and not enjoying it so much that I bought the Audible version of the second installment, The Bone Tree, so I could listen while I was at work to get more time in with these characters before switching to the Kindle version on the train to take a load off of my hands. But something happened with that audiobook version: I fell more deeply into the story of Mayor Penn Cage and his quest to free his doctor father from his murder charges. Little did Penn know that his journey would take him through fifty years of racial tensions in the south, make him an enemy of a violent white supremacist group that has been terrorizing his state for years, and put his loved ones squarely in the cross hairs of some evil monsters. I couldn’t wait to dig into the 700 pages of this final installment, and I found myself savoring the words and drawing them out even though I really needed to know what happened. I didn’t want this series to end, but I just had to see it all play out.

Picking up where The Bone Tree left off, Dr. Tom Cage is in the protective custody of the FBI after turning himself in for the murder of his former nurse, Viola Turner. She’d returned to Natchez, Mississippi to die of cancer, even though she’d been warned to never return forty years earlier by members of a splinter group of the KKK called the Double Eagles. The doctor’s son, Penn Cage, is still determined to prove that his father is innocent. Penn has lost someone very close to him and he’s determined to hang on to those he has left, even though he keeps diving head first into danger to find the truth. And so Dr. Cage’s criminal trial begins, and Penn soon finds who are allies and who are his enemies. Secrets that his father tried to keep buried raise to the surface, and they have far-reaching consequences across the town for many people.

While Natchez Burning focused more on the murders of Blacks in the 1950s and flashed back and forth from the past to the present and The Bone Tree turned more towards conspiracy theories and real life public figures such as JFK, RFK, and MLK, Mississippi Blood focused on the murder trial of his father and Penn’s search for witnesses that can prove his father’s innocence. The courtroom scenes were mostly realistic, and I really enjoyed the tension of the entire trial. The disappearance of Snake Knox, as well as his known associates, is quite menacing throughout the book.

I give Mississippi Blood a 4.5 out of 5. This third installment was much tighter than the second book with a lot less repetition of scenes from different characters. The courtroom scenes were palpable and tense, with the helplessness just gripping me from the pages. The writing was excellent as usual, with a pace that rose to a crescendo when needed for the fight scenes, but became quiet and contemplative as appropriate as well. Most loose ends were wrapped up leaving me satisfied. Overall, this was an excellent ending to a great series. Enter the Rafflecopter widget below for your chance to win a copy of MISSISSIPPI BLOOD. Open to US/Canada mailing addresses only.
a Rafflecopter giveaway 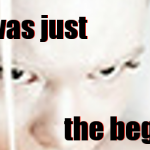 One Response to “Mississippi Blood by Greg Iles – Review and Giveaway”