Andy Carter was happy. He had a solid job. He ran 5Ks for charity. He was living a nice, safe Midwestern existence. And then his wife left him for a handsome paramedic down the street.

We’re All Damaged begins after Andy has lost his job, ruined his best friend’s wedding, and moved to New York City, where he lives in a tiny apartment with an angry cat named Jeter that isn’t technically his. But before long he needs to go back to Omaha to say good-bye to his dying grandfather.

Back home, Andy is confronted with his past, which includes his ex, his ex’s new boyfriend, his right-wing talk-radio-host mother, his parents’ crumbling marriage, and his still-angry best friend.

As if these old problems weren’t enough, Andy encounters an entirely new complication: Daisy. She has fifteen tattoos, no job, and her own difficult past. But she claims she is the only person who can help Andy be happy again, if only she weren’t hiding a huge secret that will mess things up even more. Andy Carter needs a second chance at life, and Daisy—and the person Daisy pushes Andy to become—may be his last chance to set things right.

Some books are chock full of my sense of humor—sarcastic wit, jokes bagging on pop culture from the 80s and 90s, and a glass-half-empty protagonist who thinks that things are never going to get better, so why should he try? We’re All Damaged has all of these things and more, and it really hit the spot with the story of Andy Carter, who’s living in New York City a year after he’d fled Omaha because his wife left him for their paramedic neighbor and he’d then lost his job due to his depression.

Andy is content bartending near his small apartment in NYC, arguing with the cat that seems to have adopted him, and he has no plans to return to his old life in Omaha. He hasn’t checked his old email account, he changed his phone number, and he deleted his Facebook account. He’s gone to great lengths to forget what happened back home, but he lives with the sting of rejection, of how he wasn’t good enough for his ex-wife, every day. When he gets the call to hurry back to the Midwest since his grandfather only has days left to live, Andy reluctantly boards a plane, not knowing that he’ll have to confront his fears and past head on in order to move forward in life.

And confront them he does, albeit a bit slowly. First his ever-in-charge older brother along with his young niece and nephew pick him up at the airport, then he faces his overly critical mother and his seemingly listless father. While his family pretends to understand why he ran to NYC and they tolerate his odd, nearly obsessive behavior about his ex-wife, his old best friend and his best friend’s father won’t be so easy to win over after what Andy did a year previous. But when Andy visits his grandfather in the nursing home, he isn’t prepared to see the shell of the man he remembers, and this leaves him reeling–remembering the past even more than he already lives in it on a daily basis.

We’re All Damaged hits on the fact that everyone—no matter how perfect they outwardly seem—has something wrong with them. Andy thinks that he’s the black sheep of the family, but his right-wing, conservative talk show host mother is so reviled by the gay community that their house is regularly glitter bombed, his parents’ marriage is barely hanging on by a thread with his mother’s single-minded drive to become a television talking head and his father’s inability to adjust to retired life, and his brother seems like the perfect father/business man, but there are cracks in the façade. The longer Andy stays in Omaha, the clearer it becomes that he isn’t so strange after all. And then there’s the mysterious, beautiful Daisy that is friends with his grandfather, and she’s now made it her mission to bring Andy out of his funk. But unraveling the mystery that is Daisy isn’t as easy as Andy thinks it is, and in the end, does he really want to know what her deal is?

I give We’re All Damaged a five out of five. I haven’t laughed, smiled, and even cried a few times during the reading of a book in quite some time. Andy’s sarcasm and pop culture references just hit home for me, and I could totally relate to his reluctance to return home to small-town Omaha (even though it’s not all that small–I grew up in a town of 2500). The cast of characters was diverse and distinct, and they were all quite entertaining, even though the mother was downright annoying as she was written to be. Shenanigans of all sorts were to be had once Andy got back to Omaha, and sure he instigated most of them, but reading about his misadventures was great fun. I highly recommend this book for anyone who loves hilarious books that are full of emotion and family connections as well.

Enter the Rafflecopter widget below for your chance to win a copy of WE’RE ALL DAMAGED by Matthew Norman. Open to US/Canada residents only.
a Rafflecopter giveaway Matthew Norman is an advertising copywriter. He lives with his wife and two daughters in Baltimore. His first novel, Domestic Violets, was nominated in the Best Humor Category at the 2011 Goodreads Choice Awards. 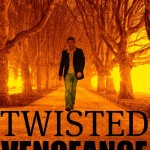