The first book in an exciting YA trilogy, this is the story of two best friends on the verge of a terrifying divide when they begin to encounter a cast of strange and mythical characters.

Set against the lush, magical backdrop of the Pacific Northwest, two inseparable best friends who have grown up like sisters—the charismatic, mercurial, and beautiful Aurora and the devoted, soulful, watchful narrator—find their bond challenged for the first time ever when a mysterious and gifted musician named Jack comes between them. Suddenly, each girl must decide what matters most: friendship, or love. What both girls don’t know is that the stakes are even higher than either of them could have imagined. They’re not the only ones who have noticed Jack’s gift; his music has awakened an ancient evil—and a world both above and below which may not be mythical at all. The real and the mystical; the romantic and the heartbreaking all begin to swirl together, carrying the two on journey that is both enthralling and terrifying.

And it’s up to the narrator to protect the people she loves—if she can.

Coming with a beautiful and mysterious sounding blurb and a gorgeous cover this was a book I was excited to pick up. Truthfully I must say that was far from the usual books I read and it was far away from what I expected…

Before I want to talk about the story itself, I must talk about the writing style and the tone of the book. It is most definitely not a usual YA novel, this book goes far deeper with a voice that is poetic and lyrical. Sarah McGarry has such an unusal writing style, but I couldn’t help myself but being completely drawn into this story. Morever, on top of the beautiful voice, all characters were so incredibly real which was even more surprising considering the paranormal touch.

More so, the paranormal element felt more like a picture of metaphors giving the story a surreal element but never losing reality.

Two Lost Girls one the Search for … something

Aurora and The Narrator (again, weird that she’s not having a name) felt to me like two lost girls running around, partying, using drugs, using boys and searching for something. Just For what? Both are coming from hippie families and have only a mom and no father. Even more, Aurora’s mom is lost in herself and cannot take care for her girl and The Narrators Mom is often working and by now the girls are so used to do whatever they want that they don’t accept any parental advice anymore.

While they go around partying they meet Jake a beautiful musician and the Narrator fells hard for him, now we find ourselves in Triangle of love and the former super close friendship suddenly becomes complicated.  When then Jake and Aurora disappear, the Narrator is heartbroken but is willing to sacrifice everything to get her loved ones back from the paranormal creatures.

This is a story about love, so much love that it made my heart swell. And even though there is romance, the strongest connection was between Aurora and the Narrator (she doesn’t have a name… which again I find a little weird). These girls grew up like sisters but they love each other like a combination of family and true love. It was an intense and beautiful relationship that also drove the story and was also the true motivation behind every actions and reactions.

Weirdness and a lot of oddness

I must say that parts of the story felt incredibly weird. It took me some time to embrace this story as it is so very different from what I expected. The writing gives the whole story a poetic touch I didn’t expect. On top of this I was never sure the paranormal elements were real or part of a drug induced reality. In the end, I decided it didn’t matter because the story had much more to tell.

(I had a hard time rating this book and part can be 5* because they are just brilliant, while they are other aspects that I didn’t get and found way to weird. So I settled for an in between! )

All Our Pretty Songs is poetic and tells a lyrical story of  love and friendship. The characters were intense and so very real and the love and bond between the two girls was heartbreakingly beautiful. The paranormal element ads a surreality to this story which was surprising. Once I embraced the tone, mood and complexity of this story I could let go of my usual expectations and enjoy this special book.

Readers should be warned though that there is a lot of swearing , alcohol and sex and drugs which is why I added the New Adult label as it definitely targets towards maturer Young Adult.
Also, I am sure this book will divide readers and some of them will praise the prose and brilliant outstanding writing, while others will be left confused and disappointed! I say, see for yourself! 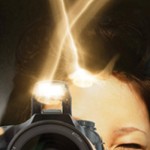 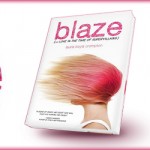 7 Responses to “Poetic, Lyrical and Genuine – All Our Pretty Songs by Sarah McCarry”