Sawyer Dodd has it all. She's a star track athlete, choir soloist, and A-student. And her boyfriend is the handsome all-star Kevin Anderson. But behind the medals, prom pictures, and perfect smiles, Sawyer finds herself trapped in a controlling, abusive relationship with Kevin. When he dies in a drunk-driving accident, Sawyer is secretly relieved. She's free. Until she opens her locker and finds a mysterious letter signed by "an admirer" and printed with two simple words: "You're welcome.

Lately, I’ve been quite drawn to pick up Murder Mysteries in YA and this one sounded creepy and thrilling!!

I love it the most when a book starts with a great scene! Something that draws you in!  In Truly Deadly Madly, we get a quite emotional opening scene/chapter, which brings us right into the story. Sawyer just lost her boyfriend and this is exactly where the book starts. It’s truly emotional , however we cannot quite place Sawyers feelings which just makes it more intriguing to dig into the story and find out why Sawyers seems to be so confused about her feelings. Yeah, I’m not giving anything away here!

What struck me most about this book were the perfect and brilliant dialogues especially between Sawyer and her bubbly best friend Chloe! I love snarky, catching and entertaining banters so this was most definitely one aspect that I truthfully enjoyed!

Who is the murder? Now, who is it? Any Guesses?

I think one of the major parts in a murder mystery such as this one, is to figure out who the murderer is, right? Of course, there are a few subjects especially when we learn more and more about Sawyers herself. At some point I was getting pretty close to who the murderer is, but it was alright when we slowly pick up hints and getting closer and closer with our guesses!

Why not tell anyone!?

What  drives me nuts in soo many stories is when protagonists are not telling their friends and family what is going on with them!! I was screaming a few times at Sawyer to finally tell someone and get help! It still doesn’t make sense to me that she didn’t tell her best friend with whom she shared everything with! In addition, she did tell the police but this horrible officer was telling her it’s all pranks. Seriously?? A kid is going to the police, being obviously scared and they do nothing? Makes me mad even now thinking about it!

Truly, Madly, Deadly by Hannah Jayne was a gripping, thrilling and sometimes super creepy murder mystery. However, I wished the pacing had been a little faster and some details didn’t make sense to me. But all together, it was a great story with a very creepy murder mystery! 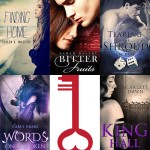 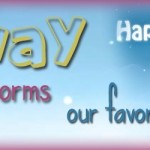 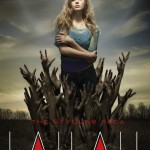