Toxic by Jus Accardo  on goodreads:

When a Six saved Kale’s life the night of Sumrun, she warned there would be consequences. A trade-off. Something taken for the life they gained. But Dez never imagined she’d lose the one thing she’d give anything to keep… And as if it’s not enough Dez finds her immunity to Kale fading, the Six brought in to help Kale learn to control his killer touch starts drooling on him the moment they meet. Worse than that? Jade can touch Kale. But bimbo Barbie is the least of Dez’s problems.

After Dez and Kale got away at Sumrun, her father lost not only his most powerful weapon but an important piece of the Supremacy project. Forced by Denazen to remedy the situation, he poisons Dez and offers her a choice–surrender to Denazen for the cure…or die. Determined to find a solution that doesn’t involve being bagged and tagged–or losing someone she loves–Dez keeps the poison a secret. But when a rash of Denazen attacks hit a little too close to home, Dez is convinced there’s a traitor among them. Jade.

Sacrifices, broken promises, and secrets. Dez will have to lay it all on the line if there’s any hope of proving Jade’s guilt before they all end up Residents of Denazen. Or worse, dead…

Oh how the first book “Touch“ managed to surprise me!! I seriously loved this book and couldn’t wait to get my hands on this sequel!

Strong and explosive Storyline… with strong dialogues and witty banter

You know how it is with sequels, they are often are a hit or a miss – the Second Book Syndrome... But, Toxic delivered and didn’t suffer from said syndrome! Although the storyline was not as fast paced and explosive as the first book, it sill managed to got me hooked. From the ending of the first book, we already suspected what happens to Kale and Dez, still it was heartbreaking when it finally happens. (Cryptic much? – read the first book..)

In addition to the overall story, the books strength lies in the awesome dialogues who will make you laugh out lout and are just plain awesome sometimes!! Dez’s character comes with the most awesome on-liner ever.. And Kale who often does not understand the rules of the world will make you shake your head and plasters a smile on your face..

Dez and Kale – heartbreaking, vulnerable and  oh so perfect for each other!

What I love most about this series are the incredibly unique and touching characters who drove this explosive storyline.  Seriously, in Touch I got emotionally invested in Dez and Kale. Both so strong but also vulnerable. Together, they are the perfect match. Dez is a perfect kick ass female heroine. Often stubborn and reckless but her vulnerability made her real and easy to love!

Kale.. *oh sigh* He’s serious kick ass but his innocence makes him such a wonderfully contradictory character which I just love to explore and follow on his journey. There is no character out there like Kale! A killing machine, who can kick your ass but make your heart melt with his innocence and softness.

I already fell in love with them in Touch and even more here in Toxic. Seeing their relationship grow and struggle added the perfect tension.

Adding some new characters into the equation…

Jus Acardo has a great way to develop characters and in Toxic we are introduced to even more and new players in the field. We get some evil new villains who were not easy to see through and understand their motives. The most prominent character however was Jade – and .. I hated her! but.. I loved her as a fictional character as she was secretive and I was always not sure what to make of her. Friend or Foe, you never knew with her and this makes out a great character!

Toxic continues the explosive and thrilling story of Touch. Although not as fast paced as its processor, the characters were uniquely awesome and are the absolute highlight of this series. There is no boy like Kale who comes with a kick ass nature and a vulnerability and innocence that touch your heart. If you haven’t picked up this series please do this now, I promise you that you truly want to meet Kale and Dez!

I gave the first book “Touch” a full 5 star rating because it was seriously awesome! Get the first book on amazon, with only 4.99 the eBook prize is super fair! There is also a novelly “Untouched” out there which fills the gap between book 1 and 2.

2 copies of Forbidden by Syrie and Ryan James
Good Luck! (US/Can only) 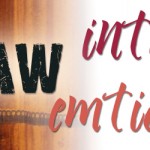 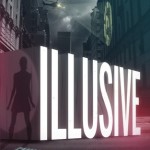