Welcome to my tour stop for Family Magic by Patti Larsen! This is a young adult paranormal and I it’s still one of my favorite genres! There is nothing more exciting than getting to know a new world with fantastic creatures! As a sixteen-year-old girl whose mom’s a witch and dad’s a demon, Sydlynn Hayle is more than familiar with magical creatures and paranormal people. In fact, despite her rejection of her own power and desire to just be ordinary, some of Syd’s favorite folks are of the supernatural variety.

For starters, there’s her little sister, Meira. As much a hybrid as Syd, Meems as she’s affectionately referred carries the mark of their demon father. Syd counts herself lucky to bear her mother’s pale complexion and dark, curly hair, deep blue eyes and slim physique. Meria, on the other hand, is forced to hide her red-tinted skin tone, her cute, black horns and glowing amber eyes from the normal population. Still, the eight-year-old seems happy enough with wearing her human disguise and with being magical, the opposite of her sister.

Next, of course, is Syd’s father. A demon lord of the Seventh Plane, Haralthazar is only able to spend occasional time with the Hayle family, through stone effigy he inhabits in the basement of their house. The rest of Harry’s time is spent at court on Demonicon, the home plane of his people. Much like Meira, his red skin and amber eyes mark him as a demon, as do his wide, sweeping horns, though his kindness and caring for his mate and two daughters bely any old human legends about his race.

Rounding out the demon contingent in Syd’s life is her silver Persian, Sassafras. Forced into the body of a portly cat some one hundred and fifty years ago, the demon teenager wears his feline body with arrogance and irritation. A snarky and sarcastic persona hide his huge heart and deep, abiding commitment to the women of the Hayle family, all of whom he loves dearly. Syd, being his favorite, bears the brunt of his attention and bossiness, something she finds immensely irritating.

Of course, Syd’s life wouldn’t be complete without her uncle and his girlfriend. The two vampires, Frank and Sunny, live in lovely wooden cupboards in her basement and offer life advice and a caring shoulder to cry on when Syd and her mother fight. Which happens much more frequently than it probably should.

And, naturally, the coven rounds out the list, at least for Family Magic. The family of a hundred or so witches of varying powers and abilities are the core of her mother’s existence and have been looking over Syd’s shoulder her entire life. It’s not easy being raised by a huge group of nosy witches, one of the many reasons Syd wishes her life could be normal, like other teens her age. Still, because of her life in the coven, Syd treats everyone—magical and non-magical alike—about as normally as she wishes they’d treat her. Her mom’s a witch, her dad’s a demon and she just wants to be ordinary. But, when an insidious evil comes after her family, Sydlynn Hayle has to choose to be the normal girl she craves or step up, embrace her magic and save her coven from disaster. 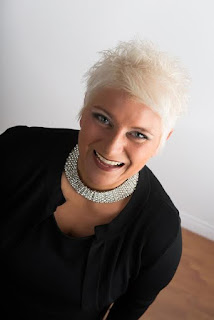 Patti is an award-winning author with a passion for the paranormal. Now with multiple series in happy publication, she lives in Canada with her patient husband and six demanding cats.

Giveaway:5 paperback copies of Family Magic (US/CA) and a
$25 Amazon gift card (INT) Ends Sept. 6th
Hosts are not responsible for prizing, prizing is provided by the publisher.

This event was organized by CBB Book Promotions. 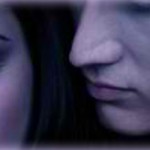 « The Bourbon Kings by J.R. Ward – An Epic Family Saga
Friday’s Five TV Series that surprised me ! ….because I didn’t want to watch it at first… »