Read Part I from last week !

This week, I have some more shows and also quite a few of them are actually based on former movies. It seems to be a trend to continue movies into TV shows.. I don’t complain:)

I am really really REALLY excited about this show. I LOVE The FLASH and The Arrow, so this mesh-up is going to be super pretty awesome! Plus the cast is phenomenal. ! When heroes alone are not enough… the world needs legends.

Having seen the future, one he will desperately try to prevent from happening, time-traveling rogue Rip Hunter is tasked with assembling a disparate group of both heroes and villains to confront an unstoppable threat—one in which not only is the planet at stake, but all of time itself.

Quanitco also comes with an amazing cast and the premise sounds exciting. It’s young, fresh, thrilling and I hope it delivers some serious action and mystery! Ed Westwick plays a serial killer! How perfect is that role for him? I can totally see him as a devious, killer and I am sure he’s delivering it perfectly! I also like that there will be both sites – the killer and the police trying to catch him!

“Wicked City” follows a unique case set in a noteworthy era of L.A. history, starting with a murder case from 1982 centered on the rock ’n’ roll, cocaine-infused revelry of the Sunset Strip. Alliances are formed to solve a serial murder case. Source: Official website

Ok, I haven’t seen the movie with Bradley Cooper, but maybe I will after watching this show, which plays after the movie. Also… Bradley will appear in the series too!

Limitless, based on the feature film, is a fast-paced drama about Brian Finch, who discovers the brain-boosting power of the mysterious drug NZT and is coerced by the FBI into using his extraordinary cognitive abilities to solve complex cases for them. Working closely with Brian in the major case squad in New York City is Special Agent Rebecca Harris, a formidable investigator with a dark past, and Special Agent Boyle, a former military officer and Rebecca’s confidante. They report to Special Agent in Charge Nasreen “Naz” Pouran, a canny manipulator of the reins of power. Unbeknownst to the FBI, Brian also has a clandestine relationship with Senator Edward Morra (Academy Award nominee Bradley Cooper, recurring), a presidential hopeful and regular user of NZT who has plans of his own for his new protégé. Fueled now with a steady supply of NZT that enables him to use 100% of his brain capacity, Brian is more effective than all of the FBI agents combined, making him a criminal’s worst nightmare and the greatest asset the Bureau has ever possessed. source: official website

Lucifer sounds exactly like a show I will love! The bad boy turned half-way good, but of course not entirely so there will be lots of gey zones to be explored. But this bad-boys alpha males are also something I love in literature, so Lucifer will be right up my alley:! The Devil has come to Los Angeles… Based upon the characters created by Neil Gaiman, Sam Kieth and Mike Dringenberg for DC Entertainment’s Vertigo imprint, LUCIFER is the story of the original fallen angel. Bored and unhappy as the Lord of Hell, LUCIFER MORNINGSTAR (Tom Ellis, “Merlin”) has abandoned his throne and retired to L.A., where he owns Lux, an upscale nightclub. Charming, charismatic and devilishly handsome, Lucifer is enjoying his retirement, indulging in a few of his favorite things – wine, women and song – when a beautiful pop star is brutally murdered outside of Lux. For the first time in roughly 10 billion years, he feels something awaken deep within him as a result of this murder. Compassion? Sympathy? The very thought disturbs him – as well as his best friend and confidante, MAZIKEEN aka MAZE (Lesley-Ann Brandt, “The Librarians”), a fierce demon in the form of a beautiful young woman. – source website

I saw the movie years ago, but I like that this is going to be a SciFi show and let’s see 🙂 The future is coming. Based on the international blockbuster film by executive producer Steven Spielberg and the first of his films to be adapted for television, MINORITY REPORT follows the unlikely partnership between a man haunted by the future and a cop haunted by her past, as they race to stop the worst crimes of the year 2065 before they happen. Set in Washington, D.C., it is 10 years after the demise of Precrime, a law enforcement agency tasked with identifying and eliminating criminals…before their crimes were committed. To carry out this brand of justice, the agency used three precogs – “precognitives” Dash, Arthur and Agatha – who were able to see the future. Now, in 2065, crime-solving is different, and justice leans more on sophisticated and trusted technology than on the instincts of the precogs. – source: website 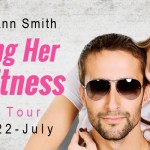 One Response to “Fall 2015 TV Series Premieres to get excited about! Part II”