After artist Claire Beaudry Chase is attacked and left for dead in her home on the Connecticut coast, she doesn’t know who she can trust. But her well-connected husband, Griffin?who is running for governor?is her prime suspect.

Just before the attack, Claire was preparing for an exhibit of her shadow boxes, one of which clearly accuses Griffin of a violent crime committed twenty-five years ago. If the public were to find out who her husband is, his political career would be over. Claire’s certain her husband and his powerful supporters would kill her to stop the truth from getting out.

When one of Claire’s acquaintances is murdered, the authorities suspect the homicide is linked to the attack on Claire. As the dual investigations unfold, Claire must decide how much she’s willing to lose to take down her husband and the corrupt group of elites who will do anything to protect Griffin’s interests and their own.

Mysteries and thrillers have been my go-to for the last few years, and The Shadow Box by Luanne Rice drew me in from the first page. It isn’t a secret who Claire Beaudry Chase thinks just tried to kill her in the garage of her large house in a gated community. She’s sure it was her husband under that mask. He didn’t expect her to still be alive after the brutal attack, but the popular attorney and hopefully soon-to-be governor knows exactly how to appear like the grieving husband that the public and police expect. Claire’s latest exhibition of shadow boxes could blow his chances of winning the election, especially with a specially prepared shadow box just for her husband. It’s clear that Claire knows too much of Griffin’s past, and he and his old money supporters will do anything to keep those secrets hidden.

Told in alternating chapters with points of views from Claire, and also the cop investigating her disappearance and his Coast Guard member older brother. Usually the head hopping can get confusing and a little irritating, but it really worked here since there are two investigations going on at the same time. An acquaintance of Claire’s dies the same day as Claire’s attack, and detective Connor follows the threads, growing convinced that the two cases are linked.

Claire was a very sympathetic character, and her will to survive and expose her husband’s brutality kept her going. Her husband Griffin, along with his rich friends and supporters, were real pieces of work. People who only focus on money and power will do despicable things, and they had no limits when going after Claire. She has some very determined and smart people that support her, so when Claire finally reaches out for help, they’ve been fighting for her all along.

I give The Shadow Box a five out of five. I found the pacing and narrative engaging, and I really loved setting and atmosphere. The different time frames were clearly marked at the start of the chapters, so I had no problem keeping everything straight. The second half of the book was told linearly, and the pacing just increased until the explosive finale. The characters and dialogue were spot on, and the villain’s were certainly devious and hell bent on getting their way when they’re threatened. Exposing spousal abuse, murder, and the victims speaking out, The Shadow Box was an engaging read that I highly recommend for other mystery/thriller/suspense lovers. Luanne Rice is the New York Times bestselling author of thirty-five novels that have been translated into twenty-four languages. In 2002, Connecticut College awarded Rice an honorary degree, and she also received an honorary doctorate from the University of Saint Joseph. In June 2014, she received the 2014 Connecticut Governor’s Arts Award for excellence as a literary artist.

Several of Rice’s novels have been adapted for television, including Crazy in Love, for TNT; Blue Moon, for CBS; Follow the Stars Home and Silver Bells, for the Hallmark Hall of Fame; and Beach Girls, for Lifetime.

Rice is a creative affiliate of the Safina Center, an organization that brings together scientists, artists, and writers to inspire a deeper connection with nature, especially the sea. Rice is an avid environmentalist and advocate for families affected by domestic violence. She lives on the Connecticut Shoreline.

Enter the Rafflecopter widget below for a chance to win a copy of The Shadow Box. Open to US/Canada residents only.
a Rafflecopter giveaway

Friday, February 12th: Always With a Book and @k2reader 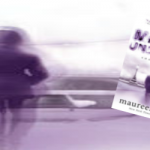 Waiting on Wednesday – The Madness Underneath by Maureen Johnson