The first in an all-new urban fantasy series by USA Todaybestseller Jaye Wells.

The last thing patrol cop Kate Prospero expected to find on her nightly rounds was a werewolf covered in the blood of his latest victim. But then, she also didn't expect that shooting him would land her in the crosshairs of a Magic Enforcement Agency task force, who wants to know why she killed their lead snitch.

The more Prospero learns about the dangerous new potion the MEA is investigating, the more she's convinced that earning a spot on their task force is the career break she's been wanting. But getting the assignment proves much easier than solving the case. Especially once the investigation reveals their lead suspect is the man she walked away from ten years earlier—on the same day she swore she'd never use dirty magic again.

Kate Prospero's about to learn the hard way that crossing a wizard will always get you burned, and that when it comes to magic, you should be never say never.

You all know that I read lots of Young Adult – but then my second favorite genre is Adult Urban Fantasy/Paranormal. There are tons of series that I truly love and especially Orbit often has very special series that need to be checked out.

This first book  – Dirty Magic -introduces us into the world of Kate who is a witch, but more than that she’s a cop and actually hates to use magic and fights with her might against the magic crime bosses ruling her city. This first instalment sets the scene and concept of “Dirty Magic Users”  very nicely and packs it into a thrilling and action packed story.

It’s always hard to learn all the basics of a new world without overloading it with information. While we still had a few parts with rather large info sections, all in all was the plot rather fast paced and nicely balanced. The setting filled with magic users and other creatures was refreshing and unique and even added a few scientific notes in the magical world, which I found quite exciting.

BadAss Heroine with a troubled Past

Kate was a great heroine. I wouldn’t say that I fell completely in love with her, but I liked her. She definitely has her mind set in fighting again the “bad” magic users and refuses to use magic herself, but she makes up for it with her kick ass fighting skills.  Her past was something that added a whole new level of intrigue and opens the following books for lots of interesting conflict and drama. Kate definitely is a heroine who can drive this new series to some exciting developments.

Colorful Characters and a tiny hind of Romance.

There are tons of characters introduced and some of them are pretty exciting and I’m eager to see them develop and getting more screen time in the next book. We have everything from a fierce, but loyal boss – a magic nerd with dreadlocks and two possible love interest that couldn’t be more different from each other. There is the old lover, now turned rich business man with an hidden agenda we yet have to uncover. And then there is the kick ass Cop Kate is working with who has a snarky mouth and likes to give Kate a hard time. Right now I’m undecided which one I like more, as they are both pretty intriguing.  Regardless, I’m looking forward seeing a little more romance next time!

Dirty Magic by Jaye Wells is a great intro into a new Urban Fantasy Series full of kick ass and snark. The setting leaves room for an exciting sequel and just reveals enough secret, but at the same time sets the stage for much more to come. Kate is a likeable heroine and I’m looking forward seeing her more vulnerable and maybe also romantic site.

Jaye Wells is Author of the popular “Sabina Kane” Novels which I will definitely check out as soon as possible!

Once a Liar by A.F. Brady – #TLCBookTours Review
Waiting on Wednesday – Love Letters to the Dead by Ava Dellaira 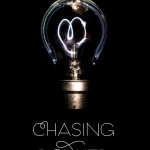 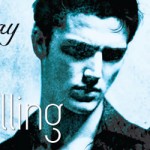 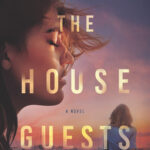