After an accident, forty-year-old Ben Arnold regains consciousness in the kitchen of the house he grew up in. Only he feels different, lighter somehow. Something is horribly wrong. Ben is swept into the arms of his mother, who he hasn’t seen in twenty years. She calls him by his childhood nickname, Binky. He sees a younger, unbroken version of his father. His estranged brother is there, reverted back to his awkward teenage self. Finally, adding horror to his confusion, he glimpses his older sister Sara as she runs out the door to meet her boyfriend. Sara, whose absence he has felt every day since her death. Ben is a mere hitchhiker, a parasite in the brain of seven-year-old Binky, and his younger self is not happy to have him there. It is three days before his sister will be attacked. Ben knows he has to save Sara but first he must gain Binky’s trust. Even if he can get Binky to say the right words, to do the right thing, who will believe that a young boy can foretell the future?

In Michael Landweber’s We, forty-year-old Ben’s OCD leads him to try to clean a water spot off of the ceiling, leading to a nasty fall resulting in a hospital stay where he is in a coma. Instead of remaining in the dark, he awakens in the kitchen of his youth, inside the head of his seven year old self. He’s suddenly a prisoner inside of his own head, and Binky as he was called back then, isn’t letting him take control of the body. Ben is just a visitor, a parasite, able only to speak to Binky. And it just happens that he’s jumped into Binky’s mind three days before the event that tore his family apart: his older sister Sara’s brutal rape and subsequent suicide a few months later.

We explores the family dynamics between Binky, his book store manager mother, his aspiring writer father, his Dungeons and Dragons playing older brother Charles who barely speaks to anyone in the family, and his older sister Sara who is rebellious and free spirited. This family is falling apart before Sara’s attack, but young Binky doesn’t see that. He’s busy trying to gain his family’s attention, to not be pushed aside as the family slowly implodes. But with adult Ben inside his head and seeing things with experience and knowing where everything is heading, the dire and dismal situation of this family on the edge of breaking apart is clear. Binky may be too young and naive to see it, but Ben is too brash and unfiltered to keep the reality of the situation from his younger self.

Can Ben convince Binky that Sara is in danger, and if so, will they be able to do anything about it? Will anyone actually believe and listen to a seven year old boy? But first, Ben must learn how to interact with the skittish Binky without scaring him away with his boldness and bitterness.

I give We a four out of five. With great pacing and a three day timeline, the struggle between young Binky and older Ben for control to change the future–not only for Sara, but also for themselves–is fresh, bold, and emotional. This is a lovely piece exploring family dynamics and how what you remember from your childhood might not be what actually happened or what was important. 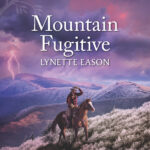 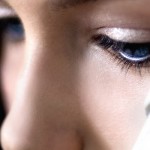 3 Responses to “We by Michael Landweber – Blog Tour Stop”