Drama and danger abound in this fantasy realm where dukes play a game for the throne, magical warriors race to find the missing heir, and romance blossoms where it is least expected.

In a world where dukes plot their way to the throne, a Performer’s life can get tricky. And in Johanna Von Arlo’s case, it can be fatal. Expelled from her troupe after her father’s death, Johanna is forced to work for the handsome Lord Rafael DeSilva. Too bad they don’t get along. But while Johanna’s father’s death was deemed an accident, the Keepers aren’t so sure.

The Keepers, a race of people with magical abilities, are on a quest to find the princess—the same princess who is supposed to be dead and whose throne the dukes are fighting over. But they aren’t the only ones looking for her. And in the wake of their search, murdered girls keep turning up—girls who look exactly like the princess, and exactly like Johanna.

With dukes, Keepers, and a killer all after the princess, Johanna finds herself caught up in political machinations for the throne, threats on her life, and an unexpected romance that could change everything.

I do love Epic books and I do love Epic Series and I had high hopes for The Storyspinner, which promises to be an amazing kick off into a new Young Adult Epic Fantasy series!

A delightfully rich cast of Characters!

Let me first say, that the story is very rich and complex – which made it important to introduce quite a few different characters that were needed to bring together the story.So, we also get multiple POV’s which sometimes can be very distracting, but was wonderfully developed in The Storyspinner. Each and every character had an important role in the story, even if it took a while to comprehend the whole story arc.

The main story however circles around Johanna, who grew up among the Performers and also trained to take over the family legacy as a performer, and Rafi – who inherits a Dukedom.

There are other characters who play crucial and important parts in the story and each and every one of them were carefully introduced and placed into the story.

Grow to love them….

Becky Wallace most definitely as an amazing talent for storytelling and crafting a story arch. I’d like to point out Rafi as an example. I loved how carefully she developed him as a characters, how I initially didn’t understand him fully, but slowly with each passing page I grew to love him more and more!

I love it when a story is complex and manages to surprise and capture me. Besides the wonderful character driven part of the story, the plot itself is beautifully rich! I admit though that it took me initially a while to get into the story. I started the book 3 times before it hit me, but then I couldn’t turn the pages fast enough.

There is a lot going on in The Storyspinner and Becky took her time to build the world for us and eased us into a vast and intriguing setting, full of political intrigue and a touch of magic!

The Storyspinner by Becky Wallace is an amazing YA Fantasy Debut, that introduces us into a world full secrets, political intrigue and a touch of magic. An outstanding cast of characters fills this book with so much life that everyone will have a hard time putting this book down!

I am so excited to have Becky Wallace here tomorrow for the Love Letter Event where she shares a Love Letter you should not miss! 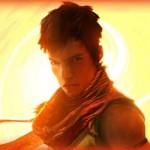