I received this book for free from the Kismet Book Touring in exchange for an honest review. This does not affect my opinion of the book or the content of my review.

Fleur Smithers rarely veers off the straight and (excruciatingly) narrow. So moving to the seaport town of Toulon to live with her newfound biological mother—an inspector with the French National Police—for one year is a pretty major detour.

Son of France’s crime royalty family and international rugby star, Louis Messette, is devoted to his sport, famille and nothing else. But the saucy American he meets one night changes everything. She sparks a desire in him like no other. Possession takes root. She will do as he commands.

Bit by bit Fleur slips into the Frenchman’s realm of wanton pleasure agreeing to his one condition: that she keep their affair secret. She serves up her heart without reservation in the hub of the glittering Côte d’Azur, and the along the soulful Seine in Paris, unaware of the danger she is in. For her new lover’s “family business” will pit her against her mother, the police woman sworn to bring down the Messettes. And by then, far more than Fleur’s heart will be on the line.

I am so thrilled to be a part of Lesley Young’s Kismet blog tour for her first book in the Crime Royalty Romance series, The Frenchman. Look for the Rafflecopter widget below my review to enter to win some fantastic prizes. Fleur LaSalle Smithers was adopted as a newborn, and after being raised in Texas, her French birth mother tracks her down and wants to get to know her. Fleur is set to spend a year in Toulon, France with her French National Police inspector mother, but she’s finding that her career driven mother is easy to get along with but married to her career. Within the first week in Toulon, Fleur meets Rugby star Louis Messette at a small bistro across the street from her mother’s apartment. The sparks fly between Fleur and the mysterious Louis from the start, but the start of their love affair is anything but easy.

Fleur is optimistic, but she’s a bit too naive…

Fleur is floundering from the start in France since she doesn’t know French that well, and her mother has to pull some strings to get her a job. But she doesn’t see the seedy underbelly of the mob has infiltrated so many things in her life, from her mother’s investigations to her own job to her relationship with Louis since he’s not just a Rugby star. While she’s quite naive and quick to believe what people tell her, she quickly learns that the only person that she can ultimately trust is herself. I really loved how real Fleur is, and I enjoyed her inner commentary on things and how she saw the world in general.

Louis Messette is such a bad boy, and his intentions with Fleur are devious from the start. She doesn’t know that he’s a part of a notorious crime family that owns the port in Toulon, but he knows who her mother is from the start. It was hard to get a good read on Louis since he’s so hot and cold for a good part of the book, but his loyalty to his family while trying to keep is burgeoning feelings for Fleur at arms length is turning into a big problem. And he needs to get a handle on this in order to protect her from his family and other criminal elements around Toulon.

Lies are hard to keep straight…

Louis and Fleur need to keep their relationship secret for obvious reasons, but having a police inspector mother and being in the spotlight and followed by paparazzi doesn’t afford you much privacy. Lies told build upon more lies, and soon Fleur doesn’t know what’s true anymore. Was there relationship ever real to begin with and is it something that is good for her? I loved how much Fleur grows throughout The Frenchman, and even Louis seems to change too when you look.

I give The Frenchman a 4.5 out of 5. With fast paced, intense story telling and smoldering hot sex scenes, Fleur and Louis’ story kept me turning the pages. The setting was so vivid and vast, I really felt like I was in Paris with the characters. There were many layers to this book, and the plot lines turned out to be so much more than I expected, which made it so much more enjoyable. This was definitely not a run of the mill mafia romance book. I’m definitely looking forward to reading more in this series, and book two features an Australian! Not too long after that, she started dreaming up quirky heroines who lose their hearts to extremely powerful, flawed heroes, only to find out what love really is while on a dangerous adventure abroad. She called it the Crime Royalty Romance series, and landed herself a pretty big agent at Spencerhill Associates. Never one to take the obvious path, Lesley ultimately decided to self-publish. She’s never sure who or what will pop up in her imagination next. The Irishman? The Spaniard? The Hawaiian? Anything’s possible, and she loves suggestions (or recommendations of really hot, er, talented, actors to work as a muses).

Stay in touch with her and feel free to forward on decent options at Facebook.com/LesleyYoungBooks and @LesleyYoungBks (note: Charlie Hunnam’s already taken the lead role of The American—#3 Crime Royalty Romance…coming soon!).

Lesley has provided a fantastic giveaway, including a $25 Amazon gift card and 20 ebook copies of The Frenchman! To enter, please fill out the Rafflecopter below.a Rafflecopter giveaway

Exclusive Cover Reveal! Didn’t I Warn You? by Amber A. Bardan
Blog Tour & Giveaway: The Unwanteds by Lisa McMann 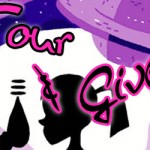 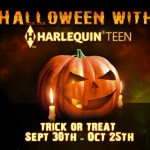 « Confess by Colleen Hoover Review and Blog Tour
Unique and Character Driven! My Best Everything by Sarah Tomp »