Game of Thrones meets the Grimm's fairy tales in this twisted, fast-paced romantic fantasy-adventure about Sleeping Beauty's daughter, a warrior princess who must fight to reclaim her throne.

Though she looks like a mere mortal, Princess Aurora is a fairy blessed with enhanced strength, bravery, and mercy yet cursed to destroy the free will of any male who kisses her. Disguised as a boy, she enlists the help of the handsome but also cursed Prince Niklaas to fight legions of evil and free her brother from the ogre queen who stole Aurora's throne ten years ago.

Will Aurora triumph over evil and reach her brother before it's too late? Can Aurora and Niklaas break the curses that will otherwise forever keep them from finding their one true love?

Initially, I was a little put off this book as I thought it would be a Retelling, something I usually pick up so easily. I am so glad I did!! This is not a Retelling, It simply used Sleeping Beauty as an entry into the story, but it had nothing to do with the actual Fairy Tale!

No Damsel in Distress but a Princess who takes her Fate in her own Hands!

Aurora grew up among Fairies and even though she’s a mere mortal, she is fairy-blessed which gives her increase strength and some other things. (Which actually leads to a horrible curse..)  She lost her mother in an attempt of the Ogre Queen to destroy her complete family and claim the kingdom for herself. Aurora and her little brother flew, grew up among fairies and now it’s on Aurora to reclaim her kingdom and rescue her people from the cruel Ogre regiment.

And Aurora is a true warrior princess! She can fight and she would do anything to save her people and her brother! Because she’s forced to action when the Ogre Queen captures her brother, but Aurora is brave enough not to shy away from this seemingly hopeless quest.

“Of course, she’s a hero, a person willing to pace extraordinary odds, to rise to any challenge, and put the welfare of others before her own.” – Niklaas ARC, Princess of Thrones

But then, even a Princess needs a suitable Prince!

I adored and admired Aurora and then I loved Niklaas just the same! He’s a Prince with his own horrible fate to beat. And for this he would need Aurora. When these two wonderful wonderful characters meet, Aurora hides as a Boy and these two form a beautiful friendship that of course, turns to love – but… it’s not that easy! Oh no, there are many obstacles on the way.

However, this is also their chance to get to know each other in such a different an unusual situation. Forced together on a quest, and getting together under the premise that they are both male, they can form a wonderful friendship.

“Human men aren’t like Fey men. They don’t believe a well-trained woman can fight, or lead, as well as a man. Niklaas already doubts my abilities because I am small. Gods forbid he find out I’m female.” –  Aurora ARC, Princess of Thrones

Oh Ladies – prepare to swoon over this romance!… *faints*

I loved loved LOVED this relationship between them so freaking much. It was fantastic –  their easy and witty banter,  their true and honest friendship and then hoping for a chance to develop love from this friendship.

“.. by the time we awake on our seventh morning on the trail – I’m feeling positively affectionate toward the little bastard ..” – Niklaas ARC, Princess of Thrones

Because, don’t think it’s easy for these two super stubborn characters. they also have to throw away everything they believed in, listen deep into their heart and see that they are prefect for each other. They make each other stronger and their love is based on a true friendship.

Princess of Thorns by Stacey Jay was seriously so wonderfully fantastic! It was a true adventure, a magical story with a kingdom to be rescued, a Princess so incredibly strong and brave, a Prince to be admired and to be swooned over.! Their relationship was full of witty banter and a chemistry that was jumping out of these pages!  Princess of Thorns  One of the best books of 2014 for me as it had everything I am longing for in a story!

For some reason I have never read anything else from Stacey Jay – but after reading Princess of Thorns I know I MUST read her other books! 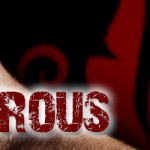 7 Responses to “So Freaking Good! Princess of Thorns by Stacey Jay”