After getting kicked out of boarding school, bad boy Derek Fitzpatrick has no choice but to live with his ditzy stepmother while his military dad is deployed. Things quickly go from bad to worse when he finds out she plans to move them back to her childhood home in Illinois. Derek’s counting the days before he can be on his own, and the last thing he needs is to get involved with someone else’s family drama.

Ashtyn Parker knows one thing for certain--people you care about leave without a backward glance. A football scholarship would finally give her the chance to leave. So she pours everything into winning a state championship, until her boyfriend and star quarterback betrays them all by joining their rival team. Ashtyn needs a new game plan, but it requires trusting Derek—someone she barely knows, someone born to break the rules. Is she willing to put her heart on the line to try and win it all?

Simone Elkeles is just an amazing Author and her books just belong to my must-buy-must-read list. I love her contemporary stories and I lover her happy ends. When I found out about her new series about Football players I was barely able to hold back from jumping up and down. Ever since watching Friday Night Lights I am a HUGE fan of American Football!!

Characters made of Awesome!

The story is actually told from two POV, one is Ashlyn and one is Derek…. And .. I couldn’t love those two any more! No, I can’t!!! (Yep, we need a lot of exclamation marks!) But were impressive characters that totally and fully and completely made their way into my heart.

Ash is one of the few girls who play football together with the boys, and…. She’s good! She’s really good and all her Teammates loves and support her! But Ash is definitely not a Tomboy – she can also be super sexy and girly. I loved that about her. She has as many girl friends as she has boy friends and she easily got along with all of them! On top of this she has spunk! Yes, this girl doesn’t take crap from anyone and is strong, focused and determined!

Now… let’s take a moment to swoon over Derek.

I cannot love Derek anymore and I want him to be my Book Boyfriend! Now, girls – see? I called totally dips here!

Derek was rebellious, but not too much to be annoying. But. After the death of his mother he lost his focus and rather played pranks than taking anything seriously. But, there is so much more about him. The way he interacted with his stepmother and especially his little kid brother was breaking my heart it was so damn sweet!

But, I mostly enjoyed Derek’s attitude! The way he constantly teased Ash and constantly challenged her and it drove her nuts! He’s a little arrogant but since we also get glimpses of his thoughts we know that he just likes to put this wall of arrogance around himself.

Both Ash and Derek do not have an easy life and in turn they are both looking for something different in a relationship. Both think they just don’t match even though they are obviously attracted to each other. The chemistry was sizzling and they got under each others skin like no one before, yet they are both afraid about the deeper feelings they develop.

Gosh I loved their love story.So.Freaking.Much! It was beautiful, hot and also sometimes heartbreaking. Both are so vulnerable especially when it comes to admitting real feelings and I found it to be raw but it was never overdone and never over the top!

Now, I can’t finish without talking about the overall storyline and the football themed plot. The story was just great, it showed the wonderful friendship between the teammates and their admiration for Ash. But also Derek’s part of the story was just wonderful.

Now – please bring on the next book.Now!

Overall, I cannot stress enough how absolutely amazing Wild Cards by Simone Elkeles was. It comes with sizzling romance and lots of chemistry between Ash and Derek. Especially outstanding were the characters, which were just amazingly developed and I do love them somewhat fierce! 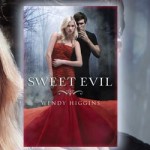