Book two of the dazzling Winner's Trilogy is a fight to the death as Kestrel risks betrayal of country for love.

The engagement of Lady Kestrel to Valoria’s crown prince means one celebration after another. But to Kestrel it means living in a cage of her own making. As the wedding approaches, she aches to tell Arin the truth about her engagement…if she could only trust him. Yet can she even trust herself? For—unknown to Arin—Kestrel is becoming a skilled practitioner of deceit: an anonymous spy passing information to Herran, and close to uncovering a shocking secret.

As Arin enlists dangerous allies in the struggle to keep his country’s freedom, he can’t fight the suspicion that Kestrel knows more than she shows. In the end, it might not be a dagger in the dark that cuts him open, but the truth. And when that happens, Kestrel and Arin learn just how much their crimes will cost them.

Heather and Danny here for a joint review of one of the books we both loved so much, and where we couldn’t wait to hold the sequel in our hands. The Winner’s Curse was such a surprise last year, and even though sequels are so often a let down…. we can say right now that The The Winner’s Crime completely lived up to the first book and is just as amazing!

Picking up after a horrible cliffhanger… where do we find each other after Kestrel left us in The Winner’s Curse?

Settings have shifted, as by the end of The Winner’s Curse Kestrel had to leave Arin behind to save his people and his homeland. She made the ultimate sacrifice and is now about to marry the crown prince of the Valorian people that have enslaved Arin and his Herrani people. But… it’s not over yet, Arin and his countryman are not safe yet, so Kestrel has no choice but to keep playing her role. Stepping out of line would mean not only her death, but the deaths of many other people in the surrounding areas. But walking in the shoes that the King and her father expect her to still results in the death of innocent people, just not as many. It’s a difficult position either way for Kestrel.

As much as Arin and Kestrel fought to end the slavery of the Herrani, it seems like the victory was only short lived?

Even though it seemed like at the end of The Winner’s Curse Arin’s people were finally free, of course Valoria’s King wouldn’t give up this rich land so quickly. He keeps manipulating Kestrel to get back what he lost. The Winner’s Crime is just as full of political intrigue and plot twits as in The Winner’s Curse, but we get a much more intimate look at just how twisted and backhanded these plots can be coming from a King whose motives and intentions are clear, at first, as mud.

Who can you trust when you can’t even trust yourself?

With Kestrel sequestered away in the Valorian capital, attending balls and festivals to celebrate her royal engagement, she finds herself completely alone while surrounded by people that she doesn’t know. And she learns the hard lesson that you can’t trust anyone–even her own feelings–not her maidens, not the Prince, the King, her former friends, and not especially the one person that she should always be able to trust without question.

Arin is surrounded by people that he knows he can trust and would sacrifice their lives for Herran without question. But when he must travel to the capital for the wedding festivities as Governor, he finds that the King has other devious plans for him and his territory of Herran, and there he can trust no one. His lingering feelings for Kestrel and his inability to read her true emotions just might be the death of him.

With Arin and Kestrel apart from each other, will there still be romance? Will they have a chance to be together? That is surely one of the most important questions for the romance lovers among us. *coughs* Danny*coughs*

Oh, The Winner’s Crime is just as equally heartbreaking as The Winner’s Curse. Of course, Kestrel sill loves Arin, but she can’t risk letting her true feelings out. There are people she must deceive in order to keep Arin’s country–and more importantly him–safe.

There are some excruciating scenes where you’d beg them to be just honest with each other, where a little honesty would keep them from making wrong assumptions about each other, but with so much at stake, Kestrel never slipped. And it was so horrible to see and sometimes you couldn’t help but scream at the pages. Heather may have tossed her ARC back into her purse when she couldn’t take it anymore, but that only lasted for a couple of minutes before she picked it back up because she just had to know what happened next.

In short, The Winner’s Crime was absolutely phenomenal with twists, turns, and so many secrets! Two lovers who have to be apart and pay the ultimate price for the safety of an entire country! 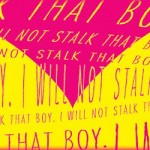 The Echoes by Jess Montgomery
Review and Give-Away:Incarceron by Catherine Fisher 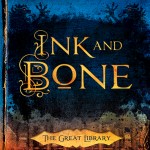 4 Responses to “The Winner’s Crime by Marie Rutkoski”