An assassin’s loyalties are always in doubt.
But her heart never wavers.

After a year of hard labor in the Salt Mines of Endovier, eighteen-year-old assassin Celaena Sardothien has won the king's contest to become the new royal assassin. Yet Celaena is far from loyal to the crown – a secret she hides from even her most intimate confidantes.

Keeping up the deadly charade—while pretending to do the king's bidding—will test her in frightening new ways, especially when she's given a task that could jeopardize everything she's come to care for. And there are far more dangerous forces gathering on the horizon -- forces that threaten to destroy her entire world, and will surely force Celaena to make a choice.

Where do the assassin’s loyalties lie, and who is she most willing to fight for?

This was one of my most anticipated sequels this year. Throne of Glass totally amazed me last year, so I couldn’t wait for Crown Of Midnight, and before going into more detail, I can tell that it was one of the best sequels ever!

Being the Kings Champion means Cealena must do or rather kill whoever the kings tells her! So finally we also see the fierce Assassin we were always promised in the first book and I loved this side of her. But she wouldn’t be Cealena if she wouldn’t also have her own path in mind and I admired that even more about her!

This book is never boring, there is no dull moment and the plot thickens tremendously. Crown of Midnight brings us much deeper into the world and politics of the Kings Empire!  But also the magical part about the Fearies is in much more focus this time, something we got only glimpses of in the first book!

The plot development was intense, fast paced and utterly thrilling!

The Love Triangle, which started in book 1 actually resolved already in the early beginnings in the sequel, about which I’m extremely grateful. Still, there were no hard feelings, which made the break even sweeter.

But, the book is not just about love, it’s also about true and honest friendship and I think I even loved this part a little more than the romance. Don’t get me wrong, the romance is sweet and full of butterflies but the friendships run so deep that I loved explored these relationships even more!

Even though the book was full of amazing twist and turns the last chapters even added a notch of thrill and excitement. There was so much happening towards the end, so many gasping moments that I couldn’t put the book away even for a second. It surprised me, amazed me and utterly thrilled me.

As much as I loved already the first book, this sequel adds deep layers to all of our beloved characters, it comes with a plot so amazing and thrilling that there is not a moment the book loose is incredible pace. The ending was shocking and makes me beg for the next book right now!

Crown of Midnight by Sarah J. Maas is the explosive and compelling sequel to Throne of Glass. As much as I loved already the first book, this sequel adds deep layers to all of our beloved characters, it comes with a plot so amazing and thrilling that there is not a moment the book loose is incredible pace. The ending was shocking and makes me beg for the next book right now! 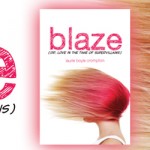 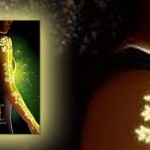