I am so thrilled to kick off the tour for Sisters of Blood and Spirit by Kady Cross today. Kay Cross is a phenomenal author and this new YA series has everything we all love so much in YA Paranormal!

Today, I have Kady here who shares 5 Secrets, a secret letter and a secret introduction!

Wow, you guys don’t mess around! Just so there aren’t any spoilers, I will tell you what the secret pertains to, but not the outcome.

You’ll never read this, because I’m never going to give it to you. Besides, I can’t use a pen in your world, and spectral writing is so tedious… Anyway, you won’t ever see this, and that’s fine. Sometimes, I feel like maybe you blame me for the time you spent in Bell Hill. I f I had just let you die you wouldn’t have had to go to that awful place, and suffer all the things you suffered there. We could have been together if I’d just let you end it. I don’t know how to tell you that I *knew* you couldn’t die. It would have been wrong. Sometimes, I feel like you and I are what we are for a reason, even if we don’t know that reason yet. Does that make sense? I have to think that we exist for a purpose, otherwise my being dead is just some cruel joke. It *can’t* be a joke. Can it?

How would Wren describe Lark and the other way around? A fun way to introduce the two sisters from the other’s POV

Lark describing Wren: My sister’s a ghost. A wraith. Casper, if you will. Only, she’s like Casper crossed with Anne of freaking Green Gables, or something. Okay, maybe not Anne, but whatever. She’s like this boho, free spirit — no pun intended. She usually looks perfect, because ghosts can do that. And she can change her appearance just by thinking about it, which is really annoying. When she manifests she’s like something out of Beetlejuice. I told her that once — she cried. We’re were nine, so I think she’s over it now. I hope. Anyway, she’s really pale, has blood-red hair and blue eyes. I think she’s prettier than me. She’s definitely nicer *and* scarier. I’d do anything for her — even live and let the whole world think I’m nuts.

Wren describing Lark: My sister is my best friend. She can be a little prickly, but that’s just a defense mechanism. She’s always trying to protect me, but I don’t need protection. Sometimes, I think she’s the one who needs to be protected. The living are so fragile and easily broken. She has this gorgeous white hair that is so shiny. She used to hate it, but I think she likes it now. And she has blue eyes. I love her eyes. She frowns too much, but I think she’s beautiful. Like a doll. I’d do anything for her, including spending most of my time in a world that isn’t my own.

Don’t you love these posts? If I wouldn’t be already excited about  Sisters of Blood and Spirit -I’d definitely be excited now!

Sisters of Blood and Spirit by Kady Cross

Wren Noble is dead—she was born that way. Vibrant, unlike other dead things, she craves those rare moments when her twin sister allows her to step inside her body and experience the world of the living.

Lark Noble is alive but often feels she belongs in the muted Shadow Lands—the realm of the dead. Known as the crazy girl who talks to her dead sister, she doesn’t exactly fit in with the living, though a recent suicide attempt and time in a psych ward have proved to her she’s not ready to join her sister in the afterlife.

Now the guy who saved Lark’s life needs her to repay the favor. He and his friends have been marked for death by the malevolent spirit of a vicious and long-dead serial killer, and the twins—who should know better than to mess with the dead—may be their only hope of staying alive.

In her other life, Kady Cross is a USA TODAY bestselling author of more than twenty books. She is lucky enough to have a husband who shares her love for the slightly twisted and all things geek, and a houseful of cats with whom she shares her darkest secrets. When she’s not listening to the characters in her head, she’s either trying to formulate the perfect lip gloss or teaching herself to solder. She has a weakness for all things girlie, sugar skulls and boots. Her love of books and makeup borders on addiction—of which she never, ever wants to be cured.

Thanks to the amazing team at Harlequin Teen each stop on the tour will be offering up a copy of SISTERS OF BLOOD AND SPIRIT, so be sure and follow along for more guest posts, interviews and chances to win! To enter, please fill out the Rafflecopter form.

So guys, what do you think? Which  of the secrets  (the letter, the secrets or the introductions) Kady shared with us do you like the most? Oh and I always wanted to know… do you believe int ghosts? 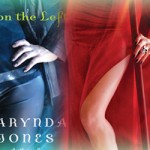 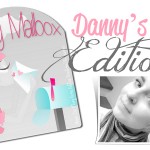 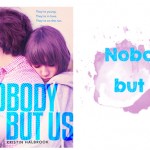 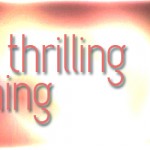 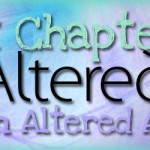 « Pre-Squee about… Hello, I Love You by Katie M. Stout
I took the Dare: TV Tuesday – I Dare You To Watch : Finding Carter »