Today I am having a special for you about an exciting upcoming release from a fantastic author. Cat Patrick is author of the fantastic Young Adult Novels: Forgotten, Revive and Just Like Fate – all books I really loved! Now comes “COURT” a very special book with a special setting which seems like the kick off into a series..

It’s a Contemporary Setting with a historical and fantastical touch. It’s really hard to describe! Image a kingdom hidden in the USA of today, which values like in the 1600 but with modern technology.

So it’s filled with politics, plots and power struggles that make this story quite unique. Even more, it’s told from 4 different perspectives, with very different 17 year olds who have different roles within the monarchy.

COURT is definitely a compelling story with an exceptional unique setting. Apart form this unusal setting, the characters were quite complex and their growth and change very well played!

If you love story with unique settings and different POV than COURT should make it on your list, and to prove that even more please read the awesome Excerpt below!

Welcome To the Kingdom of EURUS It was supposed to be study time. Every Sunday evening between five and eight o’clock, the halls of the boarding school known as Eurus Academy were silent, the common spaces deserted. Students were either in their rooms or at the library—where all that could be heard was the rustling of pages, the clacking of keyboards, and the gurgle of bodily noises that only seemed to present themselves during the quietest of moments.

It was a time for students to feed their minds.

Instead, Gwendolyn Rose, first daughter of the Duke of Coal, was preparing to sneak out and feed her soul.

Right after she addressed the knock on the tower door.

“Just a second!” Gwen called in a voice some people said sounded like her mother’s, buttoning her generic uniform cardigan. She made sure the backpack on the bed was zipped and the trunk by the footboard was locked. She smoothed her raven hair and opened the door.

“Margaret’s back,” her longtime friend Hope blurted out, going up on her toes like a child, making her blond waves bounce and her glasses slide down her freckled nose. “We’re meeting at the library and she’s going to tell me all about Boston. I still can’t believe she went to the Democracy. Her parents must have had to pay a fortune!”

Citizens were allowed out of the Realm, but only after paying the king a leave tax determined by social standing and other unknown factors. It was much harder for a commoner to leave than a courtier—and even courtiers couldn’t cross the borders into one of the Democracy’s states more than a few times per year without very special permission.

“Would you like to come hear about her trip?” Hope continued. “How was your weekend, by the way?”

Since kindergarten, Hope had spoken like she thought you’d stop paying attention if she didn’t get it all out quickly enough.

“My weekend was fine, thank you,” Gwen said calmly, playing a part. “It was nice to see my parents,” she lied. “I read, spent some time with my sister, and helped around the house.”

If your idea of fun is hanging out with your family.

“So, the library?” Hope pushed up her glasses and looked at Gwen expectantly.

“I’m meeting my cousin in Stuart.” It felt strange to articulate the excuse that Gwen had been rehearsing for an hour in her head. “I did my work earlier.”

Ever trusting, Hope didn’t waste energy trying to figure out which cousin Gwen was planning to meet—or why. She just told her to have a nice evening and left.

Backpack slung over her shoulders, Gwen stepped into the corridor and shut the door behind her. As with many things in Eurus, there were silent reminders of hierarchy here.

The sleeping floors of Eurus Academy had regular dorm rooms lining the hallways, but at the corners, there were four, single-occupancy tower rooms. Larger, with ornate rugs covering the wood flooring and special heating units to warm the stone walls, the tower rooms were for the oldest from the five, non-royal families: Coal, Wind, Tourism, and Oil.

Since the inception of the Realm, when the Democracy still hadn’t discovered it, Natural Gas had been the king’s resource. Sons and daughters of the king slept in the castle—not on campus—so there was no tower room for the Natural Gas family.

The oldest girls from the Families slept on the sixth floor; boys on the fifth.

Gwen tapped down three Italian marble steps to the plush carpeting, the Medieval feel of the secluded corner tower giving way to a modern-baroque hallway with cream-colored walls papered from chair height up with sweeping blooms in varying shades of light blue, metallic on matte.

She looked right toward the northwest tower, which belonged to the Brevard family. Specifically, it belonged to Josephine Brevard. Haakon had no idea, but Gwen had seen him leaving that room recently. She hadn’t minded: Gwen had no interest in Haakon. The time to worry about that was many years down the road. For more than 300 years, a secret monarchy has survived and thrived within the borders of the US, hiding in plain sight as the state known as Wyoming.

But when the king is shot and his seventeen-year-old son, Haakon McHale, is told he will take the throne, becoming the eleventh ruler of the Kingdom of Eurus, the community that’s survived for centuries is pushed to the limit.

Told through four perspectives, Court transplants us to a world that looks like ours, but isn’t. Gwendolyn Rose, daughter of the Duke of Coal, is grudgingly betrothed to Haakon — and just wants a way out. Alexander Oxendine, son of the Duke of Wind and Haakon’s lifelong best friend, already grapples with internal struggles when he’s assigned to guard Haakon after the king dies. And commoner Mary Doyle finds whispers in the woods that may solve — or destroy — everything, depending on your bloodline. Raised in a house that was struck by lightning–twice–Cat Patrick is the author of young adult books Forgotten, Revived, and The Originals, and the co-author of Just Like Fate.

As a child, Cat could be found making up stories like her first book, Dolly the Purple Spotted Dolphin; growing corn in the backyard; or performing with a traveling sign-language troupe. She earned a journalism degree from the University of Wyoming and a master’s degree from Boston University, and worked in public relations for fifteen years. She lives outside of Seattle with her husband and twin daughters, and is on Twitter @seecatwrite, or Facebook at authorcatpatrick.

• Interrupted Warren Beatty’s lunch to snap a picture with him.
• Appeared on a game show, but not as a competitor.
• Climbed a 50 foot tower and rappelled back down. (At least she thinks it was 50 feet.)
• Met Muhammad Ali.
• Was on the high school golf team.
• Got a tattoo.
• Was pooped on by a dolphin.
• Performed a high kick routine to Personal Jesus.
• Interviewed Carmen Electra.
• Worked as a “concessionist” at a movie theater.
• Met the guy who created Sonic the Hedgehog.
Cat likes… Crunchy snacks, decaf nonfat lattes, mint chip ice cream, Alan Rickman, zombies from afar, traveling, reading, easy hikes, challenging plotlines, stargazing, silly hats, and boots.

You can win 2 sets of signed copies of ALL of Cat’s previous books (4 in all!)

So what do you say, intrigued? Did you read one of Cat Patricks other books and loved them? 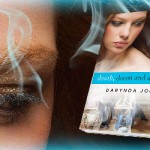 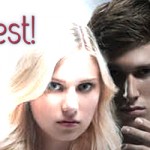 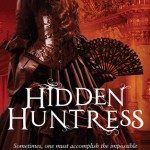 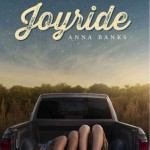 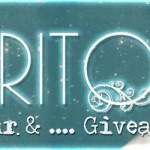 One Response to “Court by Cat Patrick – Excerpt & Giveaway!”