Today I’m thrilled to be part of this exciting Blog Tour for Jordan Dane’s newest Young Adult Paranormal Series: The Hunted. Indigo Awakening is the first book which I loved very much. You can read my Review here. Today, I’m excited to have a special post from Jordan about the Indigo Children and their powers. Jordan Dane also introduces allt he characters and tells us about their powers!

Oh and stay tuned for a Giveaway at the end!

I researched a number of websites on Indigo children as well as the topic of psychic powers. Since Indigo Awakening (Book #1 in the Hunted series) is a work of fiction, I needed to understand how psychic abilities might work in the story, but I also wanted the reader to “feel” these powers and how they erupt or evolve within each character. I didn’t want to simply describe their powers. I wanted readers to understand how these kids feel as their abilities explode or how their gifts morph into something far greater after they make contact and grow within the “hive mind.” Since the idea of man’s evolution is a key concept to my story, I wanted some of the powers to start simply, but get complicated as the kids develop to their full potential. Gabriel Stewart is my central character for this metamorphosis, but here is more about the powers I use in the book.

Indigo Children/Indigo Warriors – In my story, for the purposes of fiction, I make Indigo kids more plentiful, with the status of a Crystal child more unique and powerful. Indigos are highly intelligent intuitive teens who “feel” their way through life, trust their instincts above all else, and can often see angels and the dead. Indigos tend to be warriors. They have a fierce fighting spirit and a rebellious nature. They don’t accept things the way they are. They see how things can be. Indigo warriors can also be a little older than teens, those who have come before to pave the way and protect the Indigos who will follow. Gabe’s mother and his uncle Reginald are examples of early Indigo warriors. Crystal Children – Crystal children are a higher level of power and attainment in the collective than Indigo kids. Only Lucas Darby and Gabriel Stewart reach Crystal child status in Indigo Awakening. They are the elite. Since Lucas is only fifteen-years old when he reaches this level, he becomes the obsession of the Believers. These church fanatics believe his “mutation” is more dangerous. He “turns” too early, so they think that Indigos are evolving more rapidly than they first suspected. They want to get their hands on the boy, to “study” him. Gabriel is eighteen and has been hiding in secret, off the grid, but he is far more powerful than even he imagines. Once he links to the “others” of his kind, he transforms into something amazing. He will be the most dangerous among these kids. In Gabriel, the Believers truly have something to fear.

The Effin brothers are Indigo twins with the ability to attack the hypothalamus gland within the human brain. This gland affects the Four F’s – to feed, to flee, to fear, and to…hook up. As you might imagine, they can make anyone do anything with this ability, even though the twins think of their gift as a funny game. These boys are younger and very peculiar, even among Indigos. They only communicate telepathically, within their immediate hive, and they are most powerful when they are together.

Kendra Walker is an Indigo who is similar to a modern day Joan of Arc. She’s strong and rebellious, driven to protect the Indigos right to live. She has the ability to connect with other indigos, to draw them to her and track them, but only with a limited range and often with one-way communication from her to them. She is a healer and uses herbs and her garden to not only feed her street family, but she also hears the voices of “the others” through her plants, especially as she tends her garden.

Lucas Darby is an evolving Crystal child who has been stunted by his time locked up in a mental hospital. Drugs were used to control him and have taken a toll. His potential is similar to the gifts that Gabriel Stewart has, but Lucas also shows the ability to read other people’s memories. This psychic gift is called Retro-cognition. Crystal children tend to be more benevolent and peace loving by nature and Lucas is no exception. He’s at odds with Kendra’s warrior nature to protect her kind. Once he sees how far the Believers will go to destroy innocent lives, Lucas will be forced to take a stand he’s not prepared for.

Rafael Santana is a street kid who communes with the dead and easily connects into the spirit world. He’s the heart and soul of Kendra’s Indigo family, a simple guy so desperate to have a real family of his own, that he takes on the role of big brother to an abused homeless kid, ten-year old Benny. Although Benny isn’t psychic, these two are inseparable kindred spirits. Rafe is beyond wishing anything for himself, but he doesn’t wallow in self-pity over how his life turned out. Instead he takes on the responsibility of caring for a young boy and no one comes between Rafe and Benny, not even Rafe’s beloved Kendra and her Indigo rebellion. Gabriel Stewart is the most powerful Crystal child. He thought he was an Indigo, like his British mother, but after he meets Lucas’s sister, Rayne, and links to the collective hive mind through Lucas (another Crystal child), he is gripped by a metamorphosis that he can’t stop. He can connect his consciousness through animals and the dead, but his powers evolve into much more. I can’t say too much about his abilities without giving away strong elements to the story, but Gabe is seriously cool.

Hellboy is featured on the cover of Indigo Awakening and is Gabe Stewart’s ghost dog. He’s a portal to the “other side,” or is he?

In book #2 of the Hunted series – Crystal Storm – more Indigo kids and their powers will be revealed. There is a dark side to having these powers and the Believers tamper with science and human nature to battle something they should respect. by Jordan Dane (website | twitter |facebook )
Series:  The Hunted #1
Genre: YA Paranormal
Get your own: amazon | BookDepository
My Review
Indigo Awakening by Jordan Dane on goodreads:

Because of what you are, the Believers will hunt you down.

Voices told Lucas Darby to run. Voices no one else can hear. He’s warned his sister not to look for him, but Rayne refuses to let her troubled brother vanish on the streets of LA. In her desperate search, she meets Gabriel Stewart, a runaway with mysterious powers and far too many secrets. Rayne can’t explain her crazy need to trust the strange yet compelling boy—to touch him—to protect him even though he scares her.

A fanatical church secretly hunts psychic kids—gifted “Indigo” teens feared to be the next evolution of mankind—for reasons only “the Believers” know. Now Rayne’s only hope is Gabe, who is haunted by an awakening power—a force darker than either of them imagine—that could doom them all.

Jordan Dane launched her back-to-back debut suspense novels in 2008 after the three books sold in auction. Ripped from the headlines, Jordan’s gritty plots weave a tapestry of vivid settings, intrigue and dark humor. Publishers Weekly compared her intense pacing to Lisa Jackson, Lisa Gardner, and Tami Hoag—and named her debut book No One Heard Her Screamas Best Book of 2008. INDIGO AWAKENING will be the third YA novel written by Jordan Dane.

You can win a copy of Indigo Awakening today and get entered into the Grand Prize drawing at the end of the Tour!

Check the other Tour Stops for more exciting posts and more Giveaways!

Oh and when you leave a comment, please answer Jordan Questions:

and now, have a wonderful day! 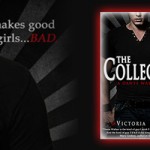 Waiting on Wednesday – The Collector by Victoria Scott 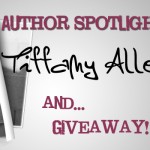