While the Zebras reel from the loss of Erin, Erin herself makes some troubling discoveries while connecting with her ancestors.In Faerie, Aoide and her troupe seem to finally be enjoying their big break...but danger is on the way, and nothing is ever what it seems when you're dealing with leprechauns and the treacherous Queen Mab.

The Songs of Magic series has been a consistently fun, inventive, and crazy fantasy series following a band that stole enchanted instruments as they rise to fame. I’m always surprised by the quirky and slightly askew version of Fairie and Man World in these books, full of too accurate depictions of our idiosyncrasies and faults. And the sixth installment, Fairy Luck, was full of great things like balloon-animal dogs, a legendary beast known as Bigtoe, house cats that morph into monsters once in Fairie, just to name a few.

Fairy Luck focuses on three different story lines. Following lead singer Erin’s “death” at the end of the previous book so she could flee to Fairie to live with her family and become a full-fledged fairy, she’s having a somewhat difficult time adjusting to the life in this new world. It’s different and poses new dangers, but being able to fly and eat nothing but sugar-filled pastries and cupcakes has its advantages. But still, she feels incomplete as she meets long lost relatives. There’s only one family member that she longs to see and she’s forbidden to find him, so she enlists my favorite goblin’s help to cross the Big Friendly Prairie.

Fairy musicians Aoide and her band bought new instruments and got what they thought was a sweet gig touring the countryside on a government sponsored tour. But things aren’t as nice as they thought they would be as they are crammed into a small wagon, travel over bumpy roads, stay at weird Gnome campgrounds in between performing to small crowds. There’s also the Troll hate and propaganda that the actors are spreading on behalf of Queen Mab, and rumors of an impending war are spreading like wild fire.

Rioting Zebras lead guitarist Jason is distraught over Erin’s death, and he’s barely leaving the house. He won’t play with another singer like the record company is insisting the band do, and he just flat out quits. But the company is threatening to sue, but they send his roadie to fetch him, to show him the separate new projects drummer Dred and keyboardist Mitch are doing now. Still, Jason needs more of a push to figure out what to do with his life. And that’s left for the final book of the series.

I give Fairy Luck a four out of five. The fun and adventure that I love about this series is front and center.  J.L. Bryan has even more new fantastic comical beasts that reside in Fairie that are close to the Man World version, but tweaked to amp up the strangeness–and that’s what I love about this series. I look forward to seeing how all three story lines converge in the final book.

Things this series has made me want: if I was a teenaged girl again, I think that I would want a guy like Jason. Someone cute, kind, loyal, and fun. Plus, I kind of want a smelly little irritable goblin named Grizlemor of my own.

Enter the Rafflecopter below for a chance to win an ebook box set of the first four books in the Songs of Magic series! 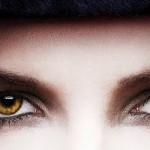 4 Responses to “Review and Giveaway – Fairy Luck by J.L. Bryan”