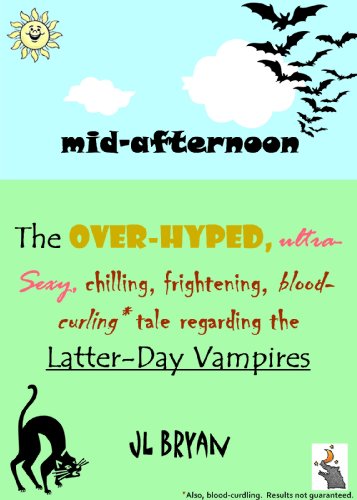 Are you sick of mopey, moody, whining vampires? Two New Orleans vampires are, and they’re doing something about it. Their plan to abolish the annoying, pathetic new vampires and restore the traditional evil vampire hinges on one teenage girl…Hunterleigh Pelican moves from Big City to the ugly little town of Sacks, Utah. She falls for a handsome, diseased-looking vampire named Eggbert, but his feeble non-blood-drinking powers won’t protect her when the fangs hit the fan.Also sniffing after Hunterleigh is the handsome Native American boy Lycanthro Turns-Into-Wolf, who may have some sort of supernatural secret of his own.Only Hunterleigh can stop the evil New Orleans vampire Douchette, his significant life partner Lionel, and their plot to restore the Dark Ages of vampire rule.Meanwhile, the hot n’ lusty Vampire Queen of Utah is thirsty to sink her teeth deep into Hunterleigh’s beloved Eggbert. Also meanwhile, Hunterleigh’s father, Professor of Skepticism and Debunkery at Sacks Community College, is called away to debunk rumors of vampires taking over a small town in Maine.Can Hunterleigh save the people she loves? Can she stop the evil New Orleans vampires from bringing back the Dark Ages? Can she win Eggbert’s heart while still stringing Lycanthro along? And will she ever find a decent prom dress? Tune in to find out!

Pushy: So you read Twilight and you loved it, right? Yup! ME TOO!!! Or maybe you didn’t. Well, Mid-afternoon is what happens when the husband of a girl who fell in love with Edward gets his hands on him. And not just Edward and the vamps from Twilight. JL Bryan holds nothing back in skewering the characters from the Sookie Stackhouse novels to Harry Potter to those in Stephen King’s ‘Salem’s Lot. In what is one farcical moment to the next, this book exposes both the foibles and the inanity of the vampire romance genre both heartlessly and with hilarious results.

If you feel that vampires need to have some of the air taken out of them, read this book!

Heather: You need a sense of humor to appreciate this book for what it is: one hell of a pee your pants, choke on your lunch hilarious carnival ride. It also helps if you’re a big reader of vampire literature. While parodying Twilight, both Sookie Stackhouse in book form as well as the telelvision version True Blood, and a little Harry Potter, it seems that no vampire stone is left unturned by JL Bryan with this at times more enjoyable version. And he has a vampire named Douchette in there, how could this be wrong?

Pushy: Fun and a quick read, you’ll laugh out loud at what vampires turn into in JL Bryan’s sardonic hands.

Heather: You really need a good dose of humor and sarcasm, but this book is extremely easy to read and fun. And I’m not joking about this book being chokalicious, don’t read this while your eating. My coworkers almost had to perform the Heimlich on me one day while I ate lunch and read this at the same time. 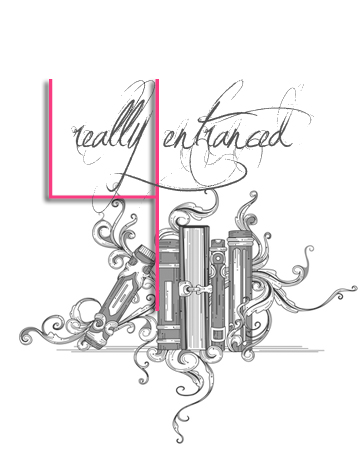 JL Bryan will be here next Friday on his blog tour for this book. As part of that tour he’s giving away some AWESOMETASTIC PRIZES!!!! Like….

Yeah, we know! Pretty cool, hunh? And all you have to do to enter is leave a comment on his blog post next week. Want extra entries? Leave a comment on any of his other blog stops along the tour (within 7 days of their posting). There are even more chances to win, and you can find out about all of it here. 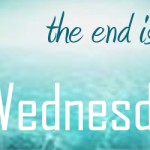 Waiting on Wednesday – Shades of Earth by Beth Revis

« TGIF, Blog Hop, FF and weekly round up(all in one post)
In My Mailbox – Dang it, I went to Barnes and Noble again »