In the heart of Ransom Canyon, sometimes the right match for a lonely soul is the one you least expect

Dan Brigman may not lead the most exciting life, but he's proud of what he's achieved: he's a respected lawman, and he's raised a bright, talented daughter on his own. But finding a lone, sparkly blue boot in the middle of a deserted highway gets him thinking maybe the cowgirl who lost it is exactly the shake-up he needs.

After losing her baby girl, Brandi Malone felt like her soul died along with her daughter. Now singing in small-town bars to make ends meet, she's fine being a drifter until a handsome sheriff makes her believe that parking her boots under his bed is a better option.

College grad Lauren Brigman has just struck out on her own in downtown Dallas when a troubling phone call leads her back home to Crossroads. Her hometown represents her family, friends and deepest hopes, but also her first love, Lucas Reyes. Will Lauren's homecoming be another heartbreak, or a second chance for her and Lucas?

I’ve definitely enjoyed western romances in the last several months, and Jodi Thomas’ Wild Horse Springs was no exception. While it was a bit light on the cowboy side since this book featured Sheriff Dan Brigman and his romance with country music singer Brandi Malone, the side stories had enough horses and guns to satiate any girls desire for that western flavor. This was my first time experiencing a Jodi Thomas novel, but I definitely want to see where this series goes from here.

Sheriff Dan Brigman is a creature of habit. He works, he eats, he sleeps–he repeats. His daughter is grown and lives in another Texas city, and his wife left him years ago, so all he really has is his job. None of the woman that the locals try to set him up with have really caught his eye over the years, but all that changes once he lays eyes on the entertainment at one of the only local bar that has live entertainment. One look from Brandi Malone, and Dan’s hooked–but they agree to a memorable, secret fling since she’ll be leaving town in a few weeks. The last thing either of them needs is to become attached.

Brandi Malone is a great performer–at music, as well at hiding the pain of losing her only child last year. She travels from gig to gig, never getting attached to anyone or any place, so she’ll never be hurt again. But when she meets the local sheriff, she can’t help but be pulled in by his honesty, his strength, and his need to protect her without being overbearing. One night with Dan and she knows that she’s in trouble, and that he’s more than just another admirer. Overall, Dan and Brandi’s romance was sweet and heated when the actually got the chance to get together–which didn’t happen often since Dan had to investigate several crimes throughout the book.

Dan’s daughter Lauren isn’t so happy on her own in Dallas, so she’s traveled home to Crossroads to visit with her father and decompress. She’s drawn into the investigation and protection of Thatcher, a local 18 year old whom her father trusts and protects like a son. Lauren has her own problems with her alcoholic best friend Tim and the love she never got to actually have Lucas throughout the book. But the three of them try to band together to help find Thatcher and his attackers.

My favorite side story was former Texas Ranger Cody and current park ranger Tess. Cody literally falls down a cliff and Tess discovers his bleeding body. The stubborn man lets Tess swoop in and take over his mess of a life, even if he doesn’t seem to appreciate it. These two people seem perfect for each other.

I give Wild Horse Springs a four out of five. I really enjoyed getting to know everyone in Crossroads, Texas. Since this is book five in the series, I did feel like I was missing some things by not having read the first several books in the series. You get the alternating points of view of at least eight different characters in this book, and it took a bit for me to get used to who was who in the beginning. Once I figured everyone out, I settled into the steady flowing narrative and enjoyed the mysteries that Dan had to solve along the way. The characters were unique and distinct, and the setting was vibrant. I definitely want to continue with this series, especially since I want to see more of Lauren and Lucas. r Jodi Thomas is a fifth-generation Texan who sets many of her stories in her home state, where her grandmother was born in a covered wagon. She is a certified marriage and family counselor, a Texas Tech graduate and writer-in-residence at West Texas A&M University. She lives with her husband in Amarillo, Texas. 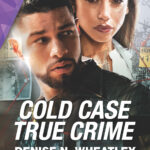 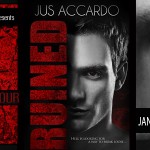