No, really—he has. She doesn't believe it either until Adam provides her with definitive proof that he does, in fact, have a functioning time travel device sitting in the living room of his Manhattan brownstone.

But instead of getting ready to accept the Nobel Prize, Adam has very different plans for his groundbreaking invention. He wants Claudia to use the machine to travel back in time and stop the accident that landed him in a wheelchair over a decade ago, and prevent the trajectory of events that he believes ruined his life.

When Claudia reluctantly agrees to become the first human time traveler, she knows she’s making a big gamble. If she succeeds, she could have the happy ending with commitment-phobic Adam that she’s always dreamed of. But if she fails, it could mean the end of the universe as she knows it.

Claudia is a thirty-six-year-old first grade teacher, and she’s been dating nerdy wheelchair bound Adam for nearly one year. They have a great relationship on all fronts except for one: Adam isn’t ready to commit to Claudia, even though he’s thirty-eight and says that he’s never been happier in a relationship. Claudia found out that Adam was burned by a woman pretty badly a few years after the accident that took the use of his legs, and he hasn’t really trusted another woman since–until Claudia , that is. So why won’t he let her all the way in? She’s itching for the entire shebang–a ring, babies, but Adam gets nervous and makes excuses whenever Claudia gets anywhere near the topic of even moving in together.

While Adam is a computer programmer for a living, he’s also an inventor as a hobby. He’s been working on something pretty feverishly for a while now, and once it’s finished, he proudly calls Claudia over to his brownstone. It turns out that he’s built a functioning time machine, and he wants Claudia to travel back to the day that he was hit by a taxi and paralyzed. After initially saying no, she gives it some thought and decides that this is the least that she can do for Adam, so she becomes the first human to test out his time machine. But can destiny be changed? And more importantly, will her twenty-two year old self recognize her older self if they run into each other, and will the fabric of space time rip apart?

Luckily the world doesn’t explode, but the results are both funny and very frustrating at times.  Claudia is such a realistic and complex character. While she may seem simple on the surface with just one goal on her mind, she truly loves and cares for Adam. She’s doing this for him, no matter what the end results will be for her. She’s grown so much in the fourteen years between the present day self that travels back in time for her boyfriend and the past self that we see Claudia interact with that you almost can’t believe that they are the same person.  Claudia is willing to fight for her relationship with Adam–the one that she thinks she deserves–and she has to deal with both twenty-four-year-old Adam and present day Adam.

Adam is a bit closed off and distant in the present day, but he really changes in surprising ways as the story progresses. I really grew to love him. He wasn’t as different personality wise in the fourteen years, but there was definitely a marked difference to be seen. This wasn’t a typical sci-fi time travel book, and it wasn’t heavy on the explanations of how the time travel worked. It focused on the relationships and characters, which I really enjoyed.

I give The Time Traveler’s Boyfriend a 4.5 out of 5. With fun writing and flowing dialogue, Claudia’s journey back in time was the perfect read to fill a day of jury duty for me. The plot wasn’t predictable, and I really enjoyed watching how Claudia’s two week stay in 1999 changed things in her present day when she got back. The subtle explorations of how some things are meant to be, and no matter how you try to change them, they will still happen anyway, was cleverly incorporated here. I highly recommend this for people who love a romantic plot with a little of the “What if?” thrown in.

Enter to win a digital copy of The Time Traveler’s Boyfriend (format of your choice) by Annabelle Costa. Open internationally. 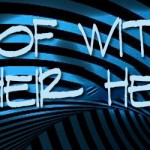 11 Responses to “Review and GiveawayTour Stop: The Time Traveler’s Boyfriend by Annabelle Costa”